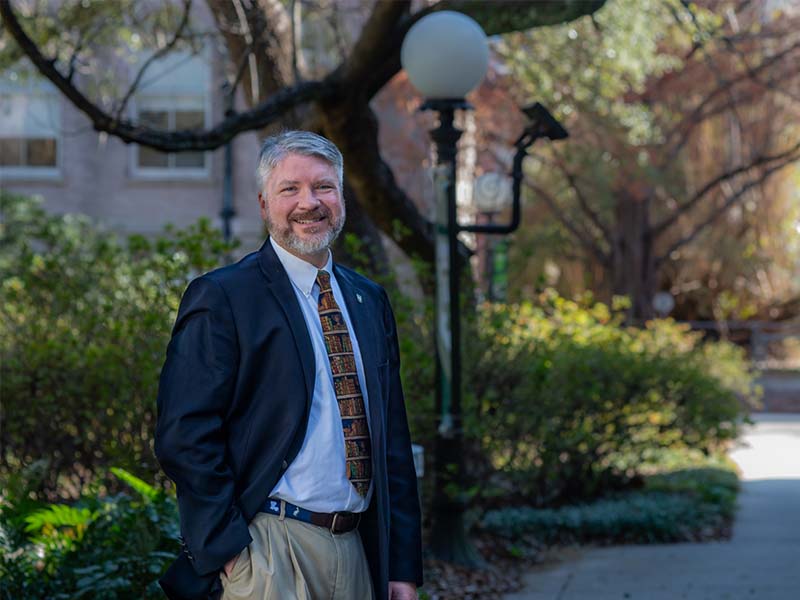 Dr. Wallace joined Tulane SoPA in August 2012 as an instructor for the Emergency & Security Studies program. Since that time, he has taught courses in Domestic & International Terrorism, as well as Intelligence Research & Analysis. In June 2014, he became director of the program. In that role he is responsible for the academic administration of undergraduate, graduate, and certification programs in Homeland Security, Security Management, and Emergency Management, recruiting, hiring and managing program faculty, develop and revise courses and curriculum, and serves as the senior academic advisor for all students and potential students.

In addition to his duties as director and professor of practice, Dr. Wallace is involved in veteran organizations and assisting student veterans. He is a lifetime member of the Veteran of Foreign Wars, the Military Order of Foreign Wars, the Wounded Warrior Foundation, the Naval Order of the United States, Disabled American Veterans and is a member of the New Orleans Mayor’s Military Advisory Council.

Dr. Wallace is a graduate of the Virginia Military Institute and holds a Master of Liberal Arts from Tulane University. He earned an M.M.A.S. in Military History from the U.S. Army Command and General Staff College and a doctorate in Education from the University of Alabama. His knowledge of and passion for history is evident in his educational endeavors. He is a qualified U.S. Army Field Historian and has written, presented and published on the history of antebellum southern military colleges.

Tucked behind the Audubon Zoo is a great place to study or relax alongside the Mississippi River. This waterfront portion of Audubon Park is known to locals as ‘The Fly’ and is not too far from the Uptown Tulane campus. You can also watch the sun go down over the river.