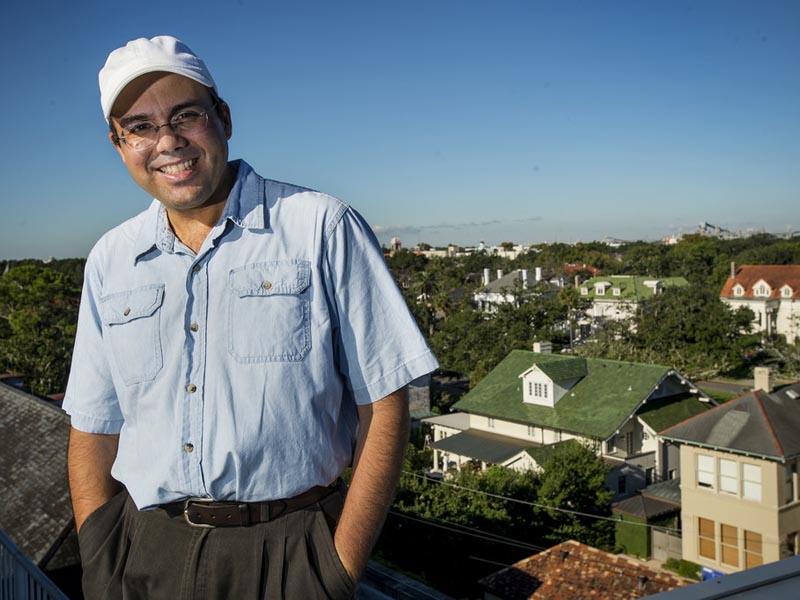 Prof. Richard Campanella, a geographer with the Tulane School of Architecture, is the author of nine books and nearly 200 articles on topics involving geography, history, mapping, and New Orleans. His research, which integrates mapping and spatial analyses with architecture, social science and the humanities, has been praised in the New York Review of Books, Journal of Southern History, Urban History, Places, Louisiana History, Journal of the Abraham Lincoln Association, and Bloomsbury Review.

The only two-time winner of the Louisiana Endowment for the Humanities Book of the Year Award, Campanella has also received the Louisiana Literary Award, the Williams Prize for Louisiana History, the Mortar Board Award for Excellence in Teaching, the Monroe Fellowship, the Hannah Arendt Prize for Scholarship in the Public Interest, and the Tulane University Honors Professor of the Year. In 2016, the Government of France named Campanella as Chevalier dans l’Ordre des Palmes Académiques (Knight in the Order of the Academic Palms). Campanella began work as a research professor at Tulane in 2000 and joined the Tulane School of Architecture in 2012

“I research, map, and write about the historical and present-day physical, urban, and human geography of greater New Orleans and the lower Mississippi region. I can trace this fascination to early childhood, growing up in Brooklyn in the early 1970s, when my parents helped me through one of my first books, Meet Abraham Lincoln. The way the author described young Abe’s trip on a flatboat down this long, winding river to an exotic city piqued my imagination, and for years afterwards, my ears perked whenever New Orleans came up. I finally got to act on that interest in 1991, after I completed service in the U.S. Peace Corps and began shopping for graduate schools in geography and the mapping sciences. Over the course of the 1990s, I worked as a mapping scientist at NASA Stennis Space Center in Mississippi, while also researching the historical geography of New Orleans. Over time, these two parallel interests fused. Among my published books is Lincoln in New Orleans: The 1828-1831 Flatboat Voyages and Their Place in History (University of Louisiana Press, 2010), which won The Historic New Orleans Collection’s Williams Prize for Louisiana History. The idea for that book, and my fascination with New Orleans, are traceable to my childhood memory of Meet Abraham Lincoln—which, by the way, I still have, one of my most treasured possessions.”

Campanella, R. Lincoln in New Orleans: The 1828-1831 Flatboat Voyages and Their Place in History. University of Louisiana Press, 2010; winner of the HNOC Williams Prize for Louisiana History.

Campanella, R. Bienville’s Dilemma: A Historical Geography of New Orleans. University of Louisiana Press, 2008; winner of Louisiana Endowment for the Humanities Book of the Year Award and used as college textbook.

For the best rooftop view on campus, go to the top floor of the Israel Building and walk the outdoor gallery to its extreme upriver corner. You’ll see a spiral staircase leading up to a “crow’s nest,” from which you’ll gain spectacular vistas of Audubon Place, Carrollton, and the Huey P. Long Bridge. It’s especially beautiful at sunset.