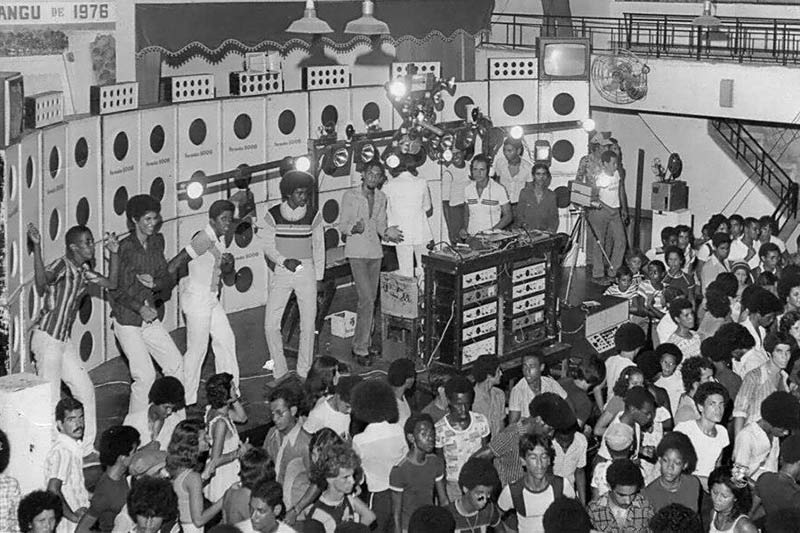 Decades ago in Brazil, music moved beyond entertainment to fuel a sociocultural form of dissent, said associate professor Christopher Dunn of the School of Liberal Arts in his "Black Rio" lecture on Nov. 3. (Photo provided by Christopher Dunn)

In his Thursday (Nov. 3) lecture on the “Black Rio” soul music movement, Tulane associate professor Christopher Dunn of the School of Liberal Arts outlined the history of a movement in 1960s and ’70s Brazil, which originally sought to distance itself from political commentary — only to later become a sociocultural form of dissent against the military regime that ruled the country until 1985.

Dunn, who holds joint appointments in the Department of Spanish and Portugese and Africana Studies, read a chapter from his new book Contracultura: Alternative Arts and Social Transformation in Authoritarian Brazil and played clips of various songs from the soul movement to illustrate its evolution.
Dunn began by clarifying that in this era, in part due to race-relations rhetoric employed by the military regime, Brazil saw itself as a “happy counterpoint” to the racial strife occurring in the United States. Afro-Brazilians who participated in the early soul movement distanced themselves from black power and the demand for black political participation that constituted important aspects of the African-American soul movement.

In one of the clips that Dunn played, Brazilian singer Gerson King croons that “we are only here to enjoy the sounds.”

Yet Dunn notes that its ever-increasing popularity did not go unnoticed by the government, as it began sending secret police to monitor dance nights to ensure that they were not “creating a climate of racial struggle.”

Though soul did not necessarily become the basis of racial struggle in Brazil, its incredible popularity up until the fall of the military dictatorship pushed Afro-Brazilian youth to rethink cultural politics and the arts as a means of political and social dissent, which continues to be an important concept in Brazilian social politics today.

The event was part of a list of activities hosted for Africana Week 2016.