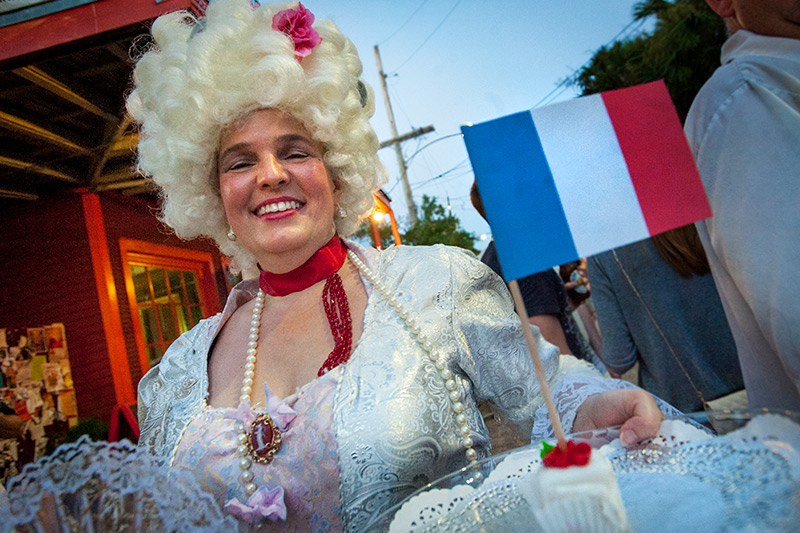 The French Graduate Student Association of Tulane University has a new project called Ma Francophonie NOLA, an initiative that will explore the ways that the city’s French heritage influences life today, like this local Bastille Day celebration. (Photo by Paula Burch-Celentano)

The French Graduate Student Association of Tulane University, known as the Association des étudiants en études françaises et francophones (ADEEFF), has decided to celebrate 300 years of French and Francophone culture in New Orleans through its newest project, Ma Francophonie NOLA. This initiative will explore the ways that the city’s French heritage influences life even today.

Ma Francophonie NOLA is calling for students from 18 different middle schools, high schools and universities in the city to submit videos to a digital storytelling contest.

Ma Francophonie NOLA has already been supported through the France on Campus Award, a grant from the Cultural Services of the French Embassy, as well as through a GoFundMe campaign.

“It is a celebration of not only New Orleans in general, but really what the French culture and history is like here.”

"By granting the award, the French Embassy has empowered us to extend our reach to local universities, grade schools and the wider community,” said Parjest Thevenard, a French graduate student and the organizer of Ma Francophonie NOLA. "We are especially interested in positioning students around questions of place, language and personal identity. The digital storytelling contest gives each student complete control over their narrative and the way they choose to present it. This is extremely empowering,” she added.

ADEEFF will host on-the-street interviews along with a crêpe stand in March to inspire people to find their own connections to the French language. The digital storytelling competition is currently open for submissions and a public screening will be held on April 20.

French-speaking people of many nationalities found their way to New Orleans, and each person brought a variety of experiences and stories that shaped their interactions with each other and the city. Ma Francophonie NOLA is designed to highlight the linguistic and cultural inheritance that makes New Orleans so unique.

“It is a celebration of not only New Orleans in general, but really what the French culture and history is like here. We’re trying to really support the community and connect with the city,” said Emily Hathaway, French graduate student and co-organizer of Ma Francophonie.