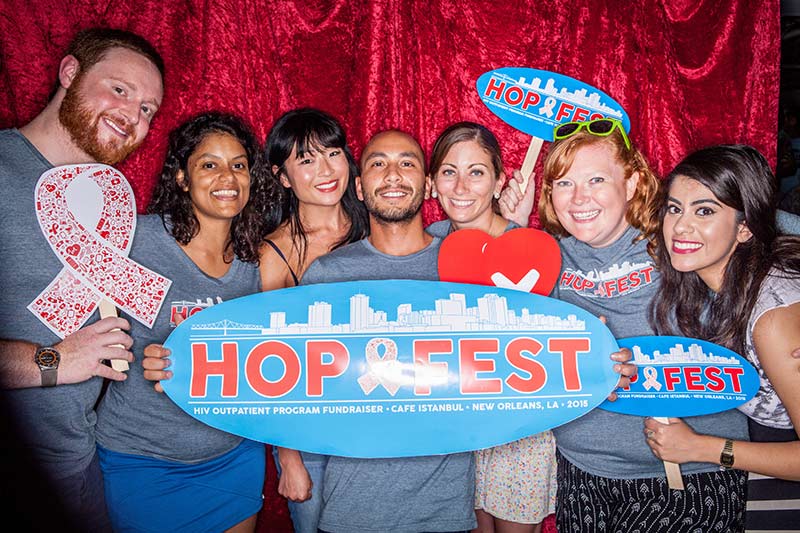 Slip on those leg warmers and grab your Members Only jacket for HOPfest NOLA 2017. Supporting a critical cause, the ultimate 1980s throwback party will take place at Cafe Istanbul (2372 St. Claude Ave.) on Saturday, May 20, from 8 p.m. until midnight.

Benefiting the HIV Outpatient Program (HOP) at University Medical Center New Orleans, the fundraiser will commemorate the 30th anniversary of the clinic’s founding in 1987.

Guests are encouraged to come dressed in 1980s-inspired costumes for the event. Patrons can snack on free Lucky Dogs throughout the night while enjoying the live music lineup, which will feature a performance from Volume Overload, a cover band made up of Tulane medical students and residents.

“As the years progressed, the clinic was able to open a support group for HIV patients.”

HOPfest is organized by the Krewe du Santé, a local nonprofit originally started by a group of Tulane University internal medicine residents. The annual event aims to reduce the stigma of living with HIV in New Orleans by bringing the community together for a celebration of local entertainment and culture.

“We all worked in this HIV clinic as residents, and we wanted to raise money to buy the durable medical equipment that the patients needed. That’s how the first HOPfest started,” said HOPfest organizer Dr. Kathy Jo Carstarphen.

Over the years, the clinic has used the funds raised by the event to open a support group for HIV patients led by a professional facilitator, she says.

“The nonprofit itself has changed since we started planning HOPfest. We’re now shifting our focus to smaller clinics that don’t have established nonprofit designations,” said Carstarphen.

The krewe plans to work with physicians in smaller clinics to provide medical care for underserved populations.

“For example, we’ll be working to get programs going for people who were recently incarcerated, helping them get medical care while covering the costs of co-pays and transportation. We’ll also find a community liaison to help them become reintegrated,” said Carstarphen.