Activists, journalists and celebrities team up to ‘Unrig the System’ 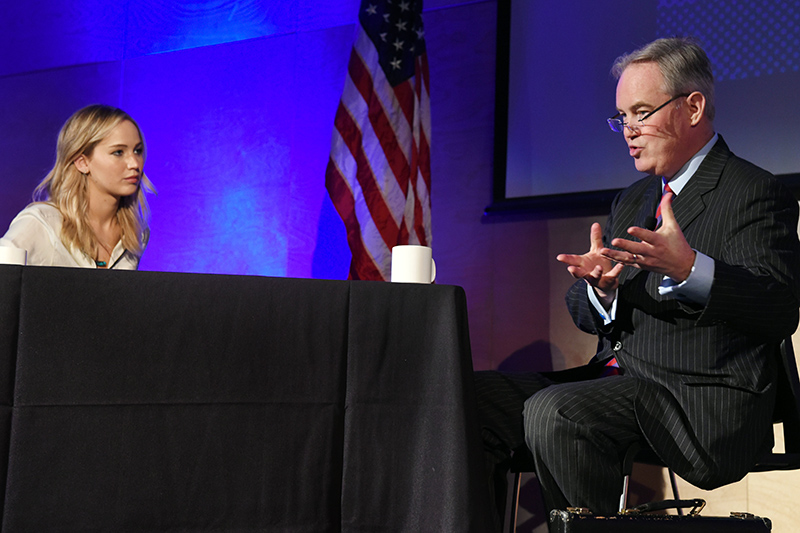 Academics, activists, philanthropists and journalists convened on the uptown campus this weekend alongside celebrities, comedians and local musicians for the first-ever Unrig the System Summit, a place to cross the country’s partisan lines to address today’s most pressing political issues.

The summit, which ran from Friday, Feb. 2, through Sunday, Feb. 4, was organized by Represent.Us, a nonpartisan, nonprofit organization launched in 2012 in response to the rise of super political action committees (PACs).

“This weekend is our precious opportunity to build our own community of reformers, who conduct the latest research on election reforms, develop policies for better ethics enforcement and pass government corruption laws in our hometowns,” said Charlotte Hill, who hosted the weekend’s welcome plenary in the Lavin-Bernick Center with Kulpreet Rana, chair of the Represent.Us board.

“This weekend is our precious opportunity to build our own community of reformers.”

Hill is the policy strategist for the Represent.Us advisory council.

Potter explained that while $2,700 is the legal limit of funding that a contributor can give directly to a candidate, corporations and individual benefactors can exert their influence by funneling an unlimited amount of money into a candidate’s super PAC.

Potter added that the FEC has also never punished a candidate for coordinating with a super PAC.

“This is all really disturbing — bribery is legal in America. Corruption is legal. Are we at a tipping point?” asked Lawrence.

“The good news is that it’s not too late,” said Potter. “The FEC could update disclosure rules, enforce existing laws and crack down on this racket. That may not all happen today, but I think we have to work together to make it happen tomorrow.” 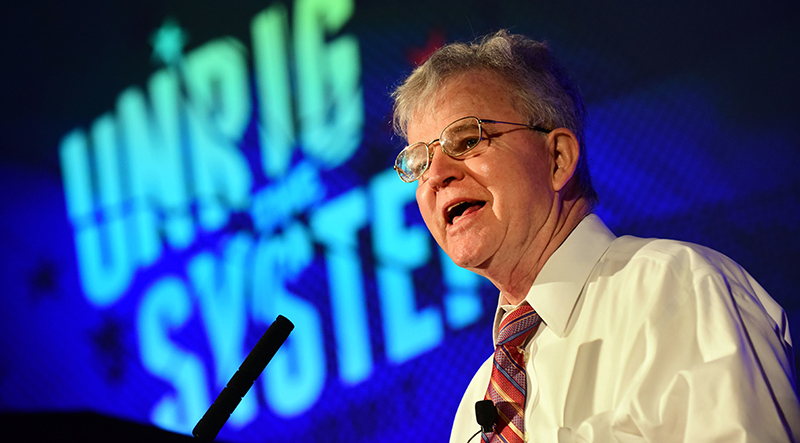 Former Louisiana Gov. Buddy Roemer welcomed the crowd, which packed the Kendall Cram Lecture Hall for the Welcome Plenary at the Unrig the System Summit. (Photo by Cheryl Gerber)