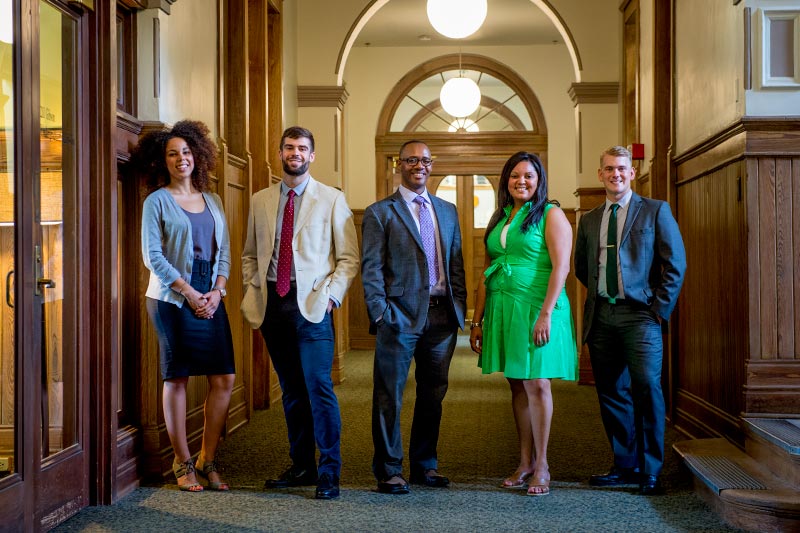 As the peak of student recruitment season nears, vice president of enrollment management Satyajit Dattagupta is bringing fresh faces and perspectives to the team that will create the next generation of Tulane students.

Dattagupta’s charge to them is simple – continue to increase the quality of Tulane’s student population, with a special emphasis on making it more racially, ethnically and economically diverse.

“Every student should have the experience of working with a group that is different from themselves. Not having that can really limit a student’s success.”

“It’s important that our class is more reflective of the world,” Dattagupta said. “If you have not been in a university like that you are at a disadvantage. I believe diversity enhances the way people think in the classroom.”

While student diversity at Tulane has increased in recent years, Dattagupta says “currently our diversity numbers are not what they should be.”

“We already have a great team in place that has made real progress, but we still have a long way to go,” he says. “These new members will enable us to maintain the momentum we have in the direction of true diversity.”

Tulane is well-positioned to make this progress, he adds, since it is located in a “global city” created through the contributions of many cultures.

Prior to his arrival at Tulane this summer, Dattagupta was vice president of enrollment management at Washington College, where he built one of the most diverse and academically qualified classes in the school’s history.

He hopes to continue this success at Tulane by bringing the marketing efforts of his office in-house and ensuring its “people, publications and processes” are focused on attracting students from all backgrounds.

“Every student should have the experience of working with a group that is different from themselves. Not having that can really limit a student’s success,” Dattagupta says. “Besides increasing diversity is the right thing to do.”