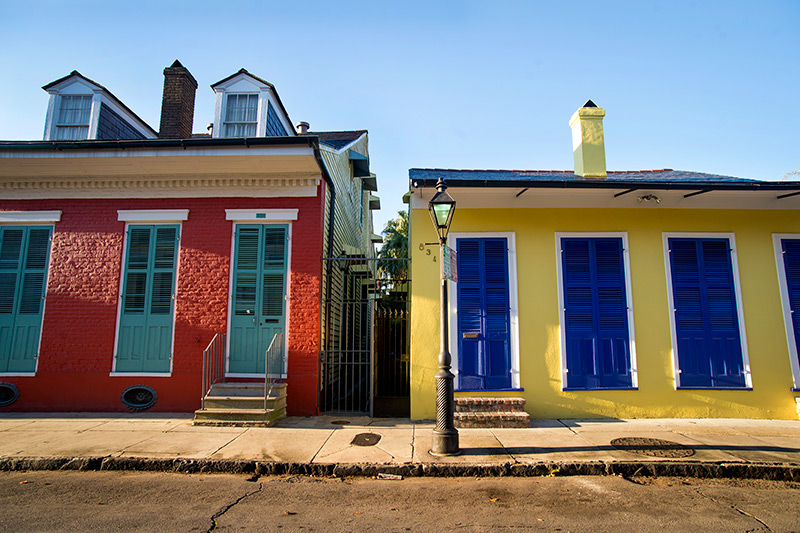 A new report explores how historic neighborhood segregation in New Orleans helped “lock in disadvantage for African-Americans in the city.” (Photo by Paula Burch-Celentano)

New Orleans' history and culture are rooted in a unique sense of place that transcends neighborhoods. Yet, beneath a shared sense of tradition and culture lies another reality marked by separation, privilege and disadvantage.

Tulane Law School professor Stacy Seicshnaydre recently contributed to a series of briefs addressing this culture of separation for the Tricentennial of New Orleans.

The introduction to “Rigging the Real Estate Market: Segregation, Inequality, and Disaster Risk” states that “researchers examine an array of federal and local government real estate policies and practices that locked in disadvantage for black New Orleanians in wealth creation and disaster risk.”

The historical and contemporary dividing lines in New Orleans, like in most American cities, fall along categories of black and white, race and ethnicity. Gaining an understanding of the history of neighborhood segregation in New Orleans is essential to appreciating contemporary racial disparities in wealth, access to opportunity, and vulnerability to disaster risk.

Robert A. Collins of Dillard University and Cashauna Hill and Maxwell Ciardullo of the Greater New Orleans Fair Housing Action Center also contributed to the report released earlier this month through The Data Center.