Town on the edge 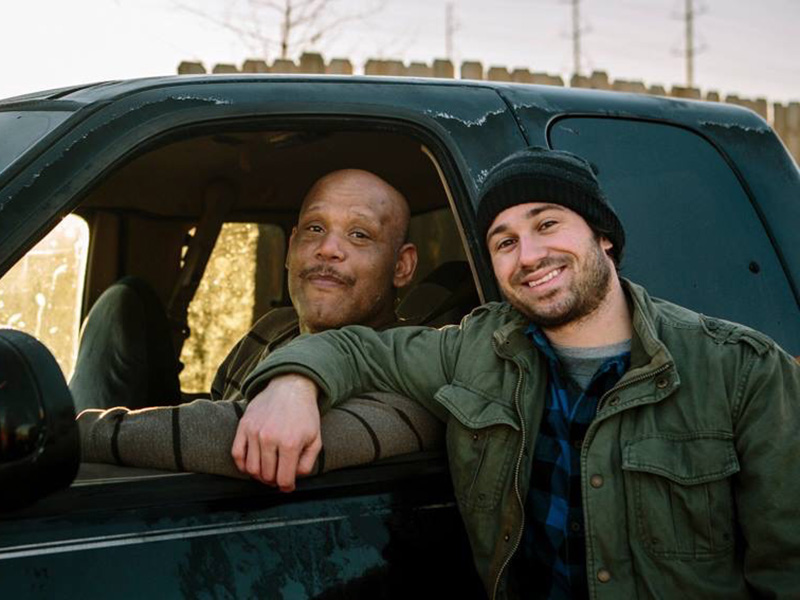 What began with a film project in the New Orleans Iberville public housing development, working with the United Nations on their investigation into housing human rights violations, has grown into a career as an award-winning documentary filmmaker. Alexander Glustrom’s (SLA ’10) new film, Mossville: When Great Trees Fall, poignantly documents the destruction of a community and the toll the petrochemical industry has taken on the health of its residents. The film has garnered a multitude of awards, including Documentary of the Year from the Louisiana Endowment for the Humanities.

Glustrom came to Tulane as a student in 2005, part of the “Katrina Class,” and has dedicated himself to exposing injustice with his creative work ever since. His initial film project led to deep connections with the people living in Iberville and to the formation of the student organization Tulane University Community Action Network (TUCAN), which focused on tutoring and mentoring children at the Boys and Girls Club while also providing Tulane students the opportunity to learn from the residents of the development.

“Stories like ‘Mossville’ demonstrate that race is a regularly determining factor of who is disproportionately denied access to clean air, land and water.”


Glustrom’s time spent in Iberville, in the shadow of the abandoned Charity Hospital, culminated in the release of his first full-length documentary film in 2014, Big Charity. The critically acclaimed film tells the story of Charity Hospital and exposes the truth behind its controversial closure following Hurricane Katrina.

During a film festival screening of Big Charity, Glustrom met environmental justice lawyer Monique Harden, who told him she wanted to take him to a place called Mossville. He had an inkling of just how life changing that invitation would be.

Mossville, Louisiana, was once a flourishing, self-sustaining community in Calcasieu Parish founded at the turn of the 18th century by formerly enslaved and free people of color. The first petrochemical plant began operating in Mossville in the 1930s, expanding over the years to 14 plants, and the area is now the site of the South Africa–based chemical company Sasol’s newest plant — a $21.2 billion project.

“For much of the country, stories of police brutality and the carceral state are important signifiers of racial inequality, but environmental racism is too often overlooked, despite it being a devastating force of violence and displacement,” said Glustrom, who in 2016 received a $6,600 Monroe Fellowship research grant from the New Orleans Center for the Gulf South for the project.

Mossville centers around the story of Stacey Ryan, a lifelong resident who struggles to keep his promise to his parents, who have died of cancer, to fight the chemical companies. The result: He is in steadily declining health and lives in the middle of a construction zone. The image of Ryan behind his fence in the barren landscape is difficult to forget and is a testament to Glustrom’s skill and commitment to social justice.

“Stories like Mossville demonstrate that race is a regularly determining factor of who is disproportionately denied access to clean air, land and water,” Glustrom said. “My hope is that the film can alter audiences’ perspectives as it has my own and force people to reckon with the realization of who most often bears the burden of our energy consumption and production. Mossville will not only be an effective organizing and fundraising tool for those on the frontlines, but it will hopefully become a universal rallying cry for environmental justice.”