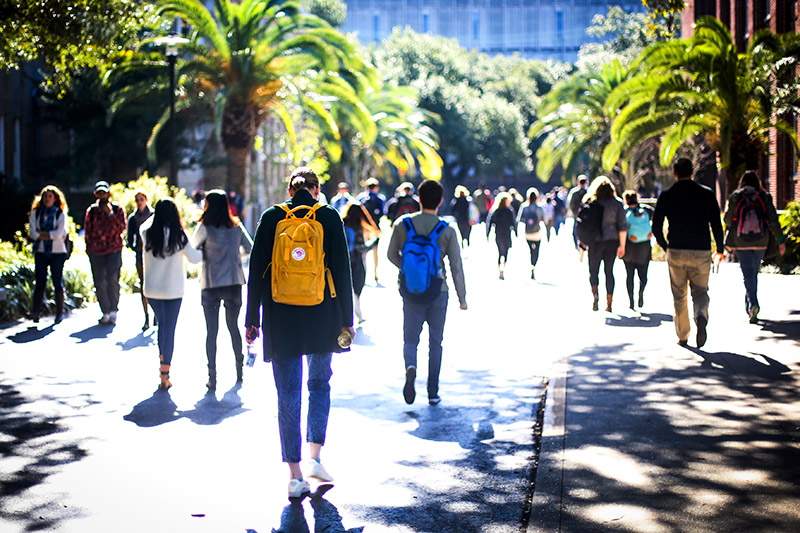 An All-Campus Town Hall that centers on ending sexual violence on campus takes place Wednesday, Jan. 31, 2018, from 5 to 7 p.m. in the Kendall Cram Room of the Lavin-Bernick Center. Results from the recent Campus Climate Survey will be announced, and President Fitts will lead a conversation on exploring new ways to address sexual assault. (Photo by Paula Burch-Celentano)

Wave of Change, the commitment to end sexual misconduct in the Tulane community, will soon enter a new phase.

The results of the Campus Climate Survey, which gauges the extent of sexual violence in the Tulane community, will be presented at an All-Campus Town Hall from 5 to 7 p.m., Jan. 31, in the Kendall Cram Room on the second floor of the Lavin-Bernick Center.

The town hall will also be live streamed and can be watched downtown at these locations.

During the event, President Mike Fitts will outline Tulane's efforts to keep all Tulane community members safe from sexual assault, as well as announce a comprehensive and far-reaching action plan in response to the findings of the survey. He will be joined by Tania Tetlow​​, senior vice president and chief of staff to the president, and Meredith Smith, assistant provost for Title IX and Cleary compliance.

While the university already follows nationally recognized best practices with numerous programs aimed at preventing sexual violence and helping survivors heal, Fitts will lead a conversation to explore new ways to eliminate sexual assault at Tulane and bring about dramatic and lasting change in attitudes toward sexual misconduct. Tulane hopes to become a national leader on this issue.

Almost half of Tulane students completed the Campus Climate Survey last spring, which is one of the highest participation rates in the country.

After the town hall, which will include a question-and-answer session, webinars will be available for alumni and parents to discuss the survey’s results.

For additional information about the university’s efforts to end sexual violence, visit the Wave of Change website, where readers can also see the calendar of events, read expert biographies and leave suggestions.