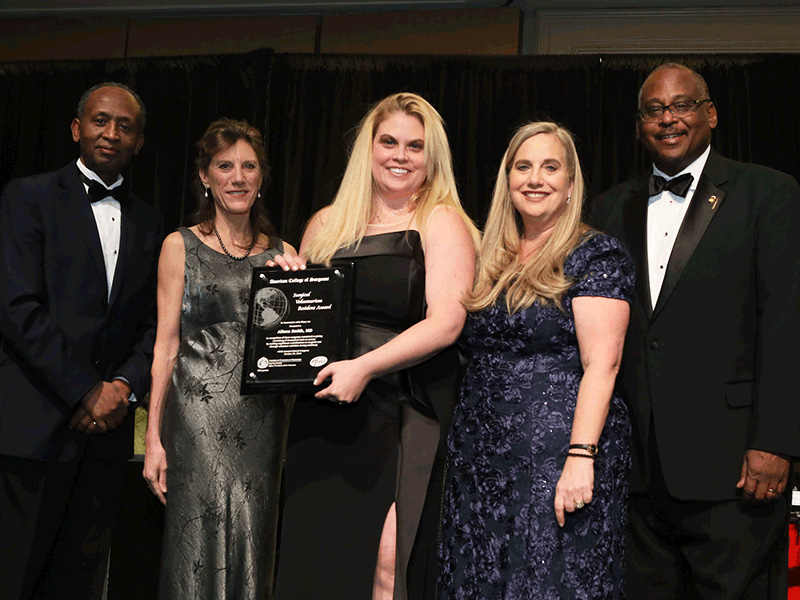 The American College of Surgeons (ACS) recently awarded one of its highest honors for volunteerism to former Tulane surgery resident Alison Smith, MD, PhD, for her work to provide medical care to the people of Haiti.

Smith, who received the Resident Volunteerism Award, was one of only five surgeons across the nation honored with ACS humanitarian and volunteerism awards.

“Alison has made an incredible contribution to the maintenance of health care in rural Haiti. Right after Haiti’s devastating earthquake, Alison, then a young Tulane medical student, established a clinic in rural Haiti. She still runs the nonprofit that powers the clinic, assures its staffing with faculty, residents and students and finds its funding,” said Dr. Bernard Jaffe, professor of surgery emeritus at Tulane. “It was an amazing accomplishment for a medical student. That it is continuing to function is a tribute to Dr. Smith.”

Smith has an extensive history as both a domestic and international volunteer, starting as a teenager and continuing in her time as a Tulane medical student and resident. In 2010, a massive earthquake killed more than 100,000 people in Haiti and devastated the country’s already fragile infrastructure. In the deadly cholera outbreak that followed the earthquake, Smith was involved in developing and implementing a program in Jacsonville, Haiti, to help prevent the disease's spread.

More than 9,000 people across the country died, but Jacsonville, which is located in the Haiti's Central Plateau and is the poorest region of the poorest country in the Western Hemisphere, had only one death. Following these efforts, Smith and several other medical student volunteers from Tulane founded Sante Total, a not-for-profit organization with the goal of building a clinic in Jacsonville that will serve as a permanent access point to health care for the local population. With support from the Rotary Club in Ellicott City, Maryland, and private donors, the clinic is scheduled for completion in 2020.

In July, Smith left Tulane to begin a trauma fellowship at the University of Texas at San Antonio. She plans to be a trauma surgeon for her career with a very heavy dose of international medicine, Jaffe said.