“American Routes,” the weekly radio program from New Orleans heard on public radio stations nationwide and produced in collaboration with Tulane University, is celebrating its 10th anniversary on the air with the release of the CD, American Routes With Nick Spitzer: Songs and Stories From the Road. 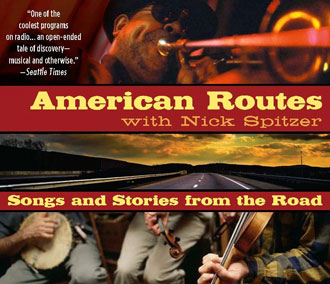 American Routes With Nick Spitzer: Song and Stories From the Road is the title of the public radio program's 10th anniversary CD.

Spitzer, an internationally recognized folklorist and a professor of communication and American studies at Tulane, created the program “American Routes” in 1998, when it was broadcast on seven stations.

Today, “American Routes” is produced in collaboration with Tulane and co-produced and distributed by American Public Media. It reaches nearly a million listeners on more than 225 outlets across America as well as on XM Satellite Radio, and has been lauded by the New York Times, Wall Street Journal, Billboard, ABC's “Nightline” and “In Search of America” with the late Peter Jennings.

Spitzer says that the folklorist point of view that “American Routes” takes toward exploring music makes the program distinct.

“We use the radio medium as an extender of oral tradition and community-based expression,” says Spitzer. “In the selections and sequence of music and voices, we offer both critique and celebration of the American social and cultural landscape. We try to bring cultural context and history to the well-known performer.” 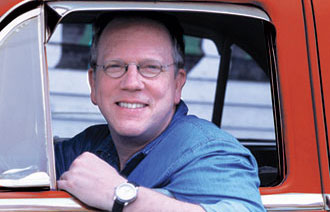 Nick Spitzer, professor of communication and American studies, is also producer and host of “American Routes.”

“We also have field documentary features on less known people and places, like a man who created the Antique Radio Museum in St. Louis, or the role of an historically black seaside resort in North Carolina in the creation of 'beach music,'” Spitzer says.

Spitzer has long been a champion of Louisiana's musical traditions, serving as Louisiana's first state folklorist in 1978â“1985.

On the American Routes anniversary CD, he spotlights local artists, including Cajun band Feufollet and the TremÃ© Sidewalk Steppers Social and Pleasure Club with the Rebirth Brass Band second-line.