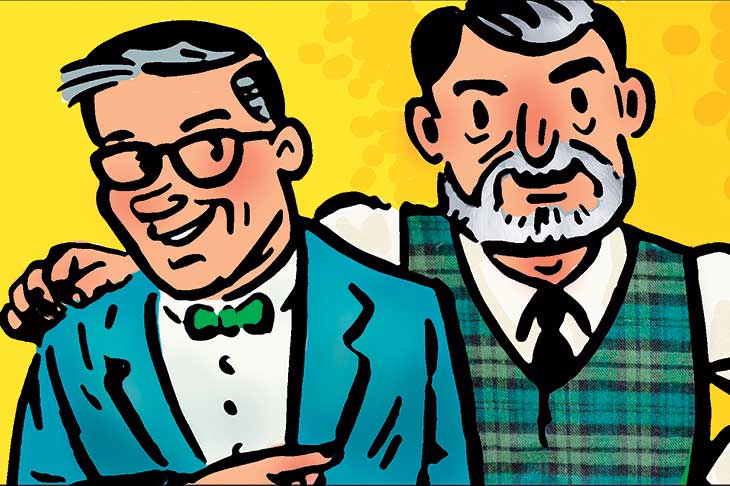 John Churchill Chase and Charles “Pie” Dufour left a mark on the city of New Orleans with their storytelling, wit and artistic talents. (Illustration by Mark Andresen)

On a bluebird Sunday not long ago, I was pedaling my trusty Schwinn through Tulane"s St. Charles campus, a paradise of tree-filled quadrangles in between the academic stone castles that guard them. Sundays are primo cycling days there because of the relative absence of foot traffic, which allows you to dawdle and look around, daydreaming about college memories  in my case from long ago.

Believe it or not, that includes academics. Yes, courses and professors. And when I have those nightmares as many people do about flunking this or that course, being late for an exam or not graduating, I fondly recall my adviser. That would be English professor Harvey Craft, who inherited me after the journalism department folded. He guided a reluctant English major through a minefield of courses I wasn"t interested in, and I am eternally grateful.

Although I graduated from Tulane in 1966, the most memorable course I took was one I audited in the "70s. Its catalog name was “New Orleans Up to Now,” the history of our city as seen through the eyes of two New Orleans legends who worked hard to keep the heritage, history and customs of New Orleans aliveCharles L. “Pie” Dufour and John Churchill Chase.

But author-historian-critic-lecturer-columnist-sportswriter Dufour preferred to call it “New Orleans on the Half Shell,” a tip of the hat to his gastronomic tendencies as he was a member of the gourmet group La Societe des Escargots Orleanais, known as the “Snails.”

This column originally appeared in the June issue of Tulane magazine. To read the rest of the column, click here.