Anything is possible with a posse behind you 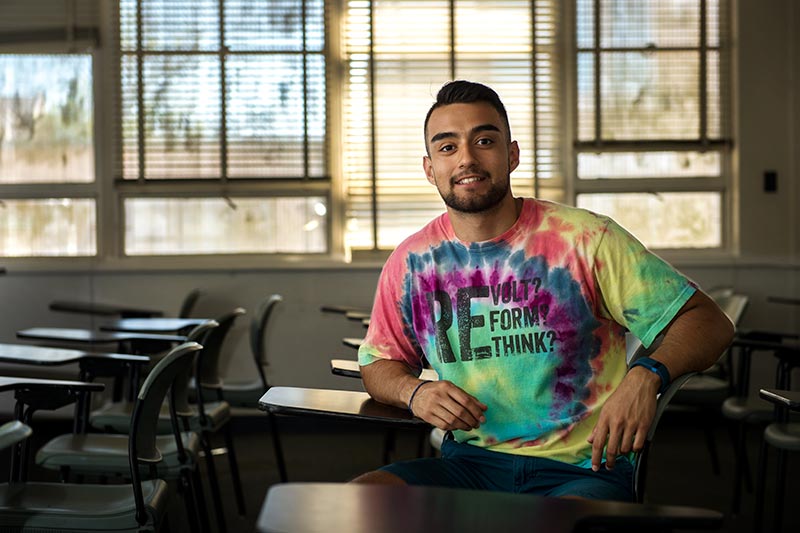 James Leon, who will graduate during the May 20 commencement ceremony, is heading back to the West Coast where he will teach eighth-grade math with Teach for America. (Photo by Paula Burch-Celentano)

James Leon was always a good student, but college was hardly in his plans. Having emigrated from Mexico, his mother never attended college, and as far as Leon was concerned, higher education was “an exclusive kind of thing.”

That all changed when one of his high school mentors in Los Angeles persuaded him to apply for a Posse Foundation scholarship. The program recruits and trains exceptional young leaders from urban high schools and sends them with a team or “posse” to some of the nation’s top colleges and universities, including Tulane.

He won a full-tuition Posse scholarship, and four years later, he is set to graduate with a bachelor of science degree in environmental earth science. His mother will be among those cheering him on at the Mercedes-Benz Superdome.

“I want my students to know that they are capable of anything.”

“She’s proud of me and so glad that I was able to make it through Tulane,” he said.

Leon is equally delighted with his Tulane experience. Despite a bit of culture shock at the outset, he settled in nicely, all thanks to his Posse mentors and eventually the family he found on Tulane’s Ultimate Frisbee team.

After graduation, Leon will head back to the West Coast, where he will spend the next two years teaching eighth-grade math with Teach for America in Los Angeles. He will also attend Loyola Marymount University, where he will work toward earning teaching credentials along with a master’s degree in urban education or education counseling.

Having spent a summer teaching in a program for highly motivated, underserved middle and high school students, Leon said he knows he can make a difference in the lives of students, just like his mentor made in his life.

“There are so many roles within education that I know I can play,” he said. “I want my students to know that they are capable of anything.”

The 2017 Commencement ceremony will be streamed live online. Follow us on social media at #tulane17.

Like this article? Keep reading: Grad argues his way to law school record