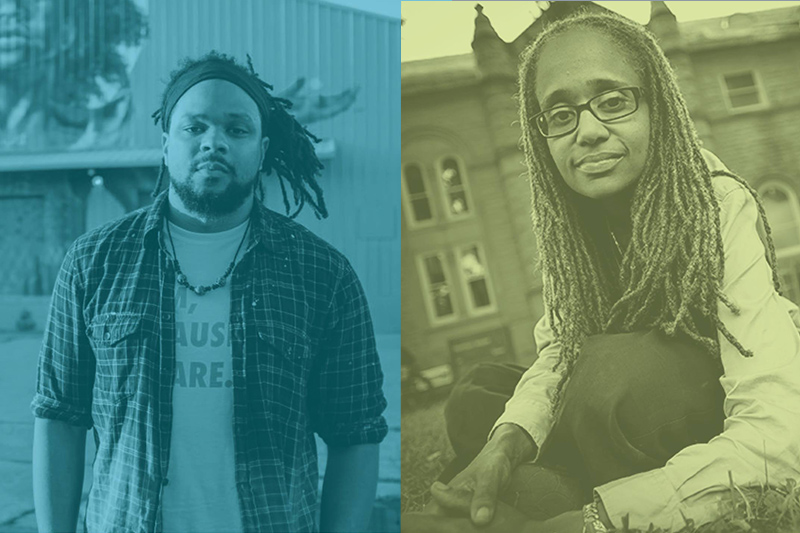 The abolition of slavery was announced in Texas on June 19, 1865, long after President Lincoln issued the Emancipation Proclamation. To commemorate this day, known as Juneteenth, Newcomb Art Museum in partnership with A Studio in the Woods, ByWater Institute and New Orleans Center for the Gulf South will host a special version of its conversation series, Uncommon Exchanges.

The event takes place June 19 at 6 p.m. in the Freeman Auditorium on the uptown campus. It is free and open to the public.

Denise Frazier, assistant director of the New Orleans Center for the Gulf South, will moderate a conversation between Laura Rosanne Adderley, associate professor of African diaspora history in the Tulane School of Liberal Arts and recipient of the 2018 Suzanne and Stephen Weiss Presidential Fellowship, and New Orleans artist Brandan “Bmike” Odums.

The conversation will begin with the museum’s current tricentennial exhibition EMPIRE and then navigate through topics including freedom for African-Americans in the present day, the impact of material culture and images that incite liberation, the legacy of one’s ancestors, psychologies of space, depictions of slavery in popular culture, and much more.

“What is corporal and spiritual liberation from an African-American perspective? How do we all resist white supremacy and how can art respond, embolden and encourage?” asked Frazier. “Part of my role at the New Orleans Center for the Gulf South is to highlight research and diverse discussions, such as Newcomb Art Museum’s Uncommon Exchanges, where communities envision, debate and practice a more equitable and democratically based future.”

A celebratory reception will follow immediately after the discussion, and the museum’s galleries will stay open late for guests to explore the exhibition prior to its closing on July 7. After a summer hiatus, the exhibit will reopen on Aug. 21 and conclude on Dec. 22.