Author Susan Choi to spend a week on Tulane campus

Acclaimed novelist Susan Choi brings her talents to Tulane University next week as the 2014 Zale-Kimmerling Writer-in-Residence. 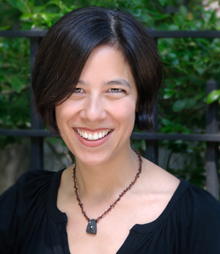 Described as a “complete novelist,” Susan Choi will visit Tulane to give a reading, visit creative writing classes and advise advanced students on their work. (Photo by Adrian Kinloch)

Choi will give a reading and be interviewed by Tulane English professor Zachary Lazar on Monday (March 17) at 7 p.m. in the Freeman Auditorium of Woldenberg Art Center, sponsored by the Newcomb College Institute. This event, which is free and open to the public, will kick off Choi's week on the Tulane uptown campus, during which she will visit creative writing classes for Q&amp;A sessions and advise some advanced students on their work.

Choi studied literature at Yale University and writing at Cornell University, and has authored four novels. Her first, The Foreign Student, won the Asian-American Literary Award for Fiction and was a finalist for the Discover Great New Writers Award at Barnes &amp; Noble.

Her works have been finalists for both the Pulitzer Prize and the 2009 PEN/Faulkner Award. Choi's newest novel, My Education, was acclaimed on National Public Radio as “fantastic ... almost too pleasurable to contemplate.”

Lazar, who will conduct Monday's interview, also is a novelist whose newest work, I Pity the Poor Immigrant, arrives next month. He has worked with Choi, whom he describes as “a complete novelist who can do everything. I admire that, and I want my students to see what that is.”

The Zale-Kimmerling Writer-in-Residence program has brought a renowned woman writer to Tulane every year since 1985. Established by Dana Zale Gerard, a 1985 graduate of Newcomb College, and made possible by an annual gift from the M. B. and Edna Zale Foundation of Dallas, the program has been supported by Barnes &amp; Noble College Booksellers since 2006.

In 2010, it became fully endowed through a gift from Martha McCarty Kimmerling, a 1963 graduate of Newcomb College, and known as the Zale-Kimmerling Writer-in-Residence program.

Hope Barnard graduated from Tulane University in 2012 with a BA in English and theater. She is a freelance writer and actress living in New Orleans.