A muffled voice in civil rights history can now be heard through an autobiography published more than three decades after the author's death. 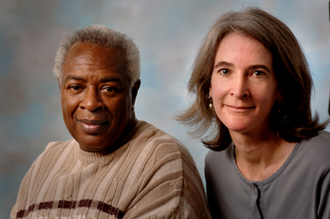 The new book, Remember My Sacrifice: The Autobiography of Clinton Clark, Tenant Farm Organizer and Early Civil Rights Activist, was co-edited by Elizabeth Davey, environmental coordinator at Tulane University, along with Rodney Clark, the author's nephew and a retired supervisor at the New Orleans Department of Interior.

Davey says her interest in organizing and editing the memoir came after finding the original manuscript in the Sterling A. Brown Papers at Howard University in the mid 1990s.

Davey's research at that time focused on political poetry and how literary history could not account for Brown's unpublished book, No Hiding Place.

“I came across Clinton Clark's work while researching my dissertation at Howard,” says Davey. “It was a first-hand account of organizing African Americans in rural Louisiana between the time of slavery and the start of the civil rights movement.”

Clinton Clark's writing resonated with Davey because of its significance to a historic period and the fact that he was a native of Louisiana.

After a year of searching, Davey's quest to find a living member of Clark's family concluded in 2001. She got a lead from the New Orleans nursing home where Rodney Clark had been caregiver to his aunt (the author's sister) before her death a few months prior to Davey's arrival.

For the next four years, Davey worked with Rodney Clark to piece together Clinton Clark's diary and fill the remaining holes in the story using the most accurate accounts of history they could find.

“Much of the writing was done in New Orleans in 1942, but then he moved to New York City,” says Davey. “Researching to find what happened while he was there took a long time, but we were able to outline his life in New York through his FBI files, medical records and union letters.”

Born in 1903 in Fordoche, La., Clinton Clark died in New Orleans in 1974. Davey says that the autobiography is not an exhaustive account of his life and work, but she hopes it will encourage scholars to add more information in years to come.