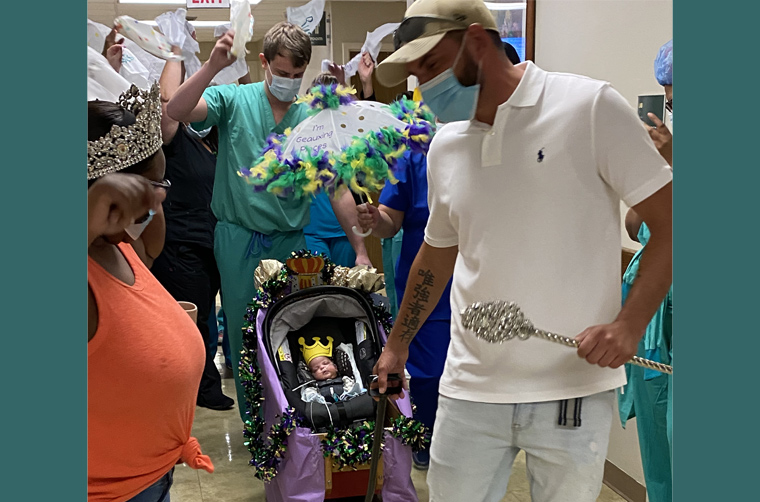 Russell William Appold Jr. was born at 22 weeks at the Tulane Lakeside Hospital. After 133 days receiving care in the hospital's Neonatal Intensive Care Unit, Russell Jr. was able to head home with his parents. Russel Jr. and his parents left with a parade through the hospital. Baby Russell’s car seat was tucked into a decorated wagon, and his mother donned a crown as his father waved a jeweled scepter through the hospital's halls. (Photo provided)

Russell William Appold Jr. is a miracle baby and a fighter. This week, Russell Jr., who was born at only 22 weeks, earned the title of the youngest gestational-age baby to graduate from the Tulane Lakeside Neonatal Intensive Care Unit (NICU).

Russell Jr. was born at Tulane Lakeside Hospital on May 22, more than four months before his scheduled due date. He weighed just 16 ounces. Neonatal specialists were in the birthing room to immediately offer life-saving intervention. That was the beginning of a long journey for baby Russell and his family.

While, survival rates of extremely premature infants like Russell Jr. have improved greatly in the last decade, a study published in 2018 found that only around 38% of babies born at 22 weeks survived and were discharged to home.

Over 18 weeks, Russell Jr. fought for his life and slowly made progress. His lungs matured and his breathing improved. He gained weight and was able to sustain a stable body temperature on his own. His parents, Natasha Williams and Russell Appold, were often at his side in the NICU, helping to care for him, hold him and give skin-to-skin contact, and provide the kind of love only a mother and father can give.

“He was so small he could fit in my hand,” Russell Appold Sr. said. “But now he’s a chunky baby.”

After a surreal 133 days in the Tulane Lakeside NICU, Russell Jr. was able to head home with his parents. He now weighs more than 7 pounds, loves to eat, and has learned to suck his thumb.

“As he grows, we will tell him stories of the dedicated nurses and doctors and staff members at Tulane Lakeside Hospital who helped a 22-week-old baby get to the point of coming home,” mother Natasha wrote in a card to hospital staff members.

To learn more about the Tulane Lakeside NICU, visit TulaneLakeside.com. 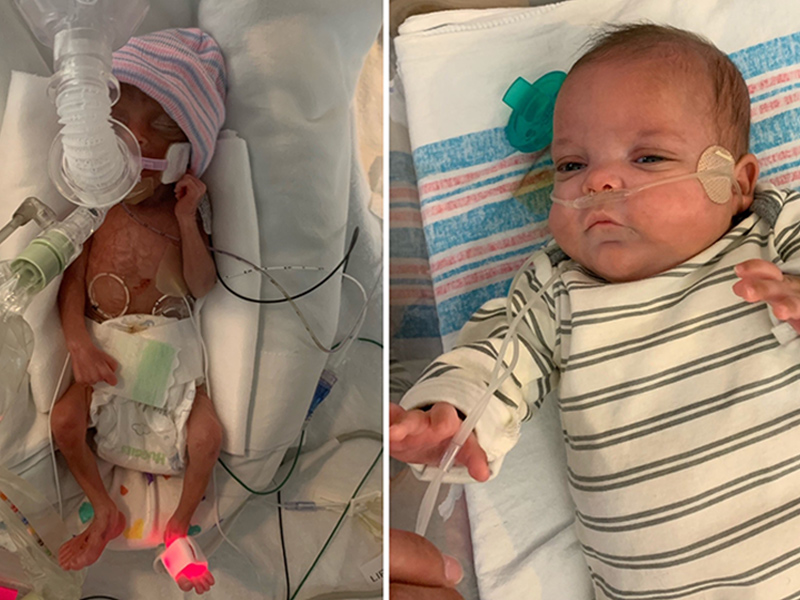