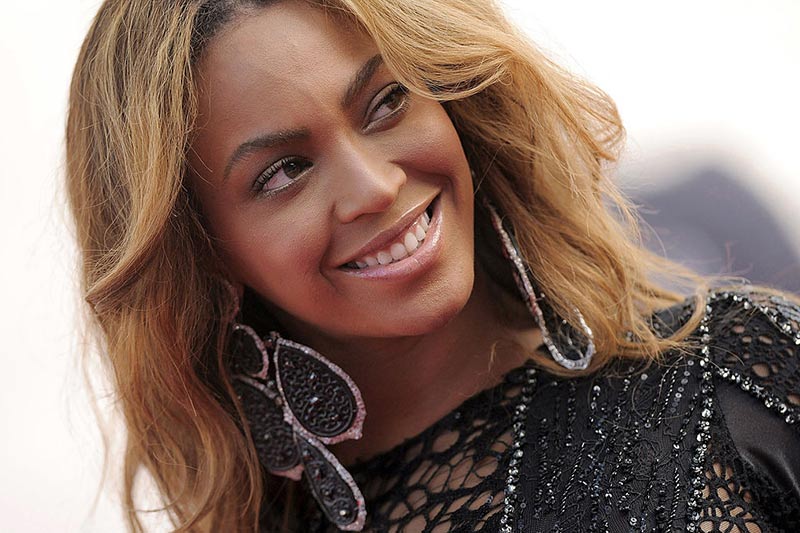 Pop superstar Beyonce Knowles-Carter, pictured, released the "Lemonade" album in April 2016, and its critiques and praises haven't stopped yet. The album, which heavily addresses issues of race and gender, was the center of a discussion held on the uptown campus of Tulane University Wednesday, March 8, in recognition of International Women's Day. (Photo by Axelle/Bauer-Griffin/FilmMagic)

Beyonce’s “Lemonade” album and video were met with praise – and criticism – for their messaging on race and gender. On Wednesday, in celebration of International Women’s Day, a roundtable of university faculty members dissected the album’s cultural influence during a conversation titled “Making Lemonade: Race, Gender and the Deep South in Beyonce’s Visual Album.”

The panelists were Nghana Lewis, associate professor in the Tulane School of Liberal Arts; Regina N. Bradley, assistant professor of English at Armstrong State University; Garrett Bradley, a filmmaker and instructor at Loyola University; and Sula Janet Evans, who serves on the board of directors of the Congo Square Preservation Society. Menaka Philips, a professor of practice in the Tulane School of Liberal Arts, moderated the discussion, which was held at Rogers Memorial Chapel.

The conversation was broad, including the role of capitalism in Beyoncé’s work, and its status as a work of black feminism.

“For some, ‘Lemonade’ feels like an act of rebellion against the violent betrayal of men and of the American public, especially against the expectation that black women will be silent about this betrayal.”

Lewis, who teaches English and African and African Diaspora Studies, said the violence displayed in the work was appropriate because violence is something many black women have known and experienced. Nonetheless, it portrayed strength, too.

“I started to talk to my children to see what their responses to the video [were]. They were very visceral reactions; they said they felt empowered. Why? Because of the black woman in the video,” Lewis added.

“This was a love note to black Southern girls,” said Regina Bradley. “ … I think a lot of the pushback has come from people who don’t recognize that this note might not be for them.” She described how the video appealed to her own experiences growing up in Georgia.

But Beyonce is still at heart a musician as well as a cultural “influencer,” a fact not lost on the panel. “For me the first impact was sound; I listened to it before seeing it. There is something interesting to think about how power plays out through your body while you listen to it,” said Garrett Bradley.

The panel was organized by the Gender and Sexuality Studies Program with support from the New Orleans Center for the Gulf South, African and African Diaspora Studies, and Newcomb College Institute. 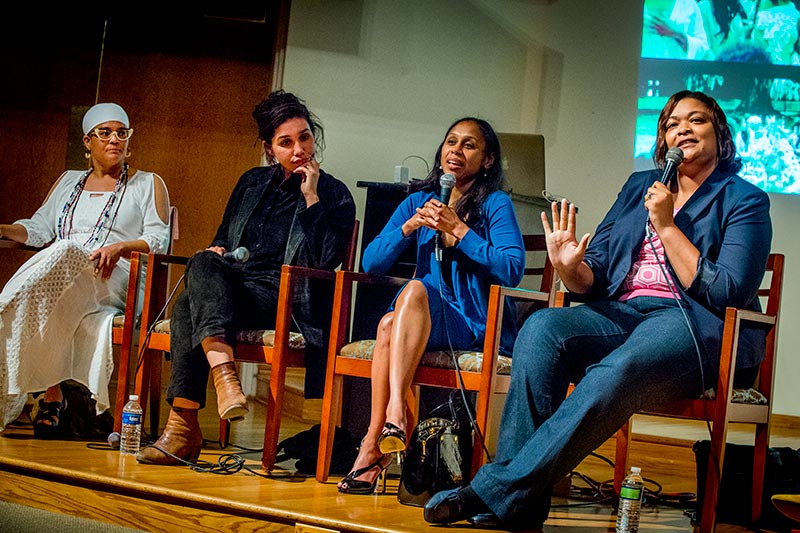 The panelists were, from left, Sula Janet Evans, who serves on the board of directors of the Congo Square Preservation Society; Garrett Bradley, a filmmaker and instructor at Loyola University; Nghana Lewis, associate professor in the Tulane School of Liberal Arts; and Regina N. Bradley, assistant professor of English at Armstrong State University. Menaka Philips (not pictured), a professor of practice in the Tulane School of Liberal Arts, moderated the discussion. (Photo by Paula Burch-Celentano)