In its quest to make Tulane “a literary hub,” the English department is bringing two stars of literature to the uptown campus  acclaimed poet Billy Collins tonight (March 16), followed by author Joan Didion on April 6. 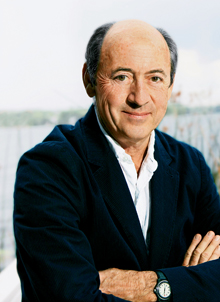 Tulane's own poet, English professor Peter Cooley, says this about Collins: “What can the audience expect? Well-crafted poetry that is easy on the ear but always gives us something to take home that we can relate to within our own lives.”

Cooley's colleague Paula Morris, an assistant professor as well as a novelist and short story writer, adds that the visits by Collins and Didion are important to students as well as the broader community.

“For both our Poet Laureate Series and Great Writers Series, the creative writing faculty spend a great deal of time deliberating possible guests,” Morris says. “In both cases, we want a writer whose work we can incorporate into our curriculum, and someone who's an important figure in contemporary literature.”

A best-selling writer internationally whose readings often are standing-room-only, Collins is a charismatic, witty, articulate speaker, adds Morris, and one whose work is both accessible to readers and “quite controversial in some quarters, in part because of the tens of thousands of books he sells. Some poets feel his work is too accessible, perhaps.”

He is the author of several books of poetry, including Ballistics (2008), The Trouble with Poetry (2005) and Sailing Alone Around the Room (2001). He was named U.S. Poet Laureate in 2001 and served as New York State Poet Laureate from 2004â“2006. Collins is a professor of English at Lehman College of the City University of New York. 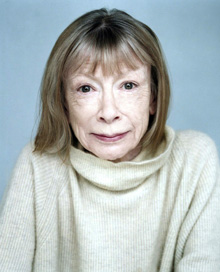 Didion appears at Tulane three weeks after Collins in the Great Writers Series, now in its third year after standing-room-only appearances by Nobel Prize-winning novelist Toni Morison and Sir Salman Rushdie. It is made possible by the Creative Writing Fund.

Morris is thrilled with the author's impending visit, calling her a groundbreaking writer in the art of the memoir and personal essay, as well as an acclaimed screenwriter, journalist, and novelist. Didion's book, The Year of Magical Thinking, won the National Book Award for Nonfiction in 2005.

“Whenever we discussed possible non-fiction writers, she was always top of our list, and I'm thrilled that Tulanians (and New Orleanians) will get the chance to attend an event of this caliber,” Morris says.

Didion's work has been taught on campus this semester in various English classes, and for the third year a reading series is leading up to the visit. The second in that series is a lecture on Tuesday (March 17) by Louise Hornby, assistant professor of English, on “Repetition, Time, and Loss in The Year of Magical Thinking.” She will speak at 12:30 p.m. in Robert C. Cudd Hall.

“These are big events for the city, not just for Tulane, because we not only invite these 'star' writers to campus  we actively promote the events around the city, at local schools and on other regional campuses,” said Morris.

This year, the English department supplied information about and books by Didion to five public schools, two of which are sending classes to Tuesday's lecture.

Morris also involved her students in delivering brochures, bookmarks and posters to shops, cafes, restaurants and bookstores. “Part of our strategic plan for the Creative Writing Fund was to make Tulane a literary hub, and to welcome the community onto campus for our events,” she says.