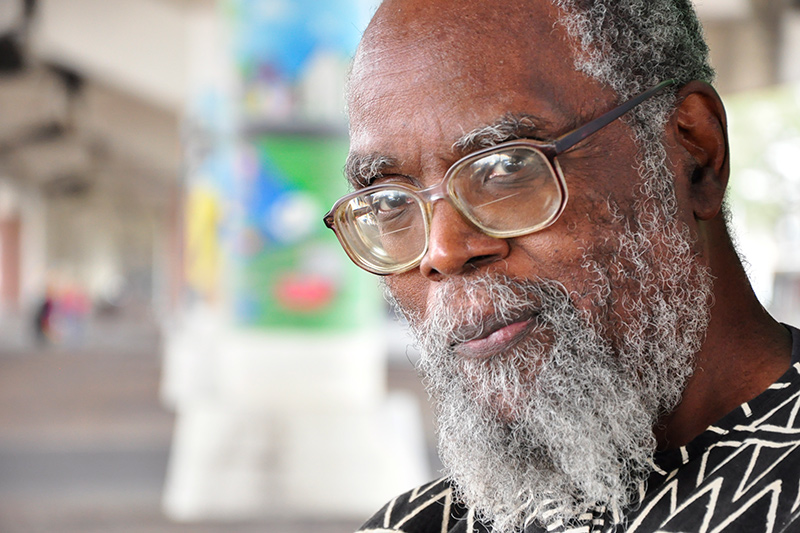 For seven years, New Orleans Center for the Gulf South and Tulane School of Liberal Arts have highlighted important new works from scholars whose focus covers the Gulf South region. Kalamu ya Salaam, author of several books, poems, and essays on literature, music, culture and public policy, will serve as lecturer for the annual Sylvia R. Frey Lecture this year.

Early in life, ya Salaam’s commitment to education and participation in John O’Neal’s Free Southern Theater during the artistic renaissance of the Black Arts Movement propelled him to meld writing with performance and music. For decades since then, he has inspired budding writers at Students at the Center, an independent writing program within select public schools, and through the NOMMO Literary Society, where he leads creative writers to develop skills in workshops and performance ensembles.

The Frey lecture coincides with the release of ya Salaam’s Be About Beauty (University of New Orleans Press, 2018), a collection of essays that celebrates “essential human beauty and goodness.” The book covers topics of local significance and national resonance, including public education and WWOZ radio, community and kinship, black arts and jazz, and the past and future of New Orleans and its culture.

Rebecca Snedeker, Clark Executive Director of the New Orleans Center for the Gulf South, counts herself among those whom ya Salaam has touched. “ya Salaam is a powerful leader whose wisdom, truth-telling and creativity have inspired generations of writers and freedom fighters in New Orleans and around the world. We are honored to welcome him to Tulane, in partnership with UNO Press, and to celebrate Be About Beauty.”

The event, which is free and open to the public, takes place Wednesday, Sept. 26, at 7 p.m., in Freeman Auditorium at the Woldenberg Art Center.

Copies of Be About Beauty will be available for purchase following the lecture. For more information, contact Regina Cairns at rcairns@tulane.edu or 504-314-2854.