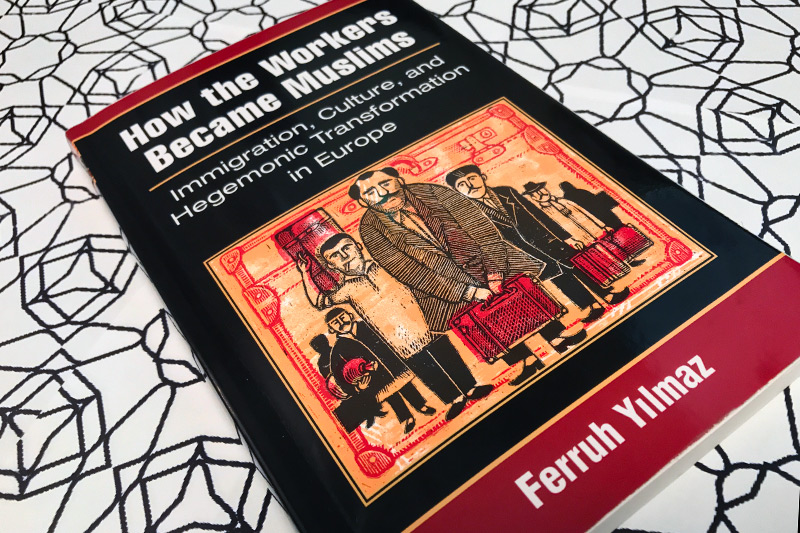 Ferruh Yilmaz, an associate professor in the Tulane School of Liberal Arts, knows that most academics are interested in studying topics to which they have personal connections. In writing How the Workers Became Muslims: Immigration, Culture, and Hegemonic Transformation in Europe, Yilmaz drew upon an experience he knew very well—his 20 years living as an immigrant in Denmark.

Honored with the Best Book Award from the Global Communication and Social Change Division of the International Communication Association, the book is a “study of public discourse centered on Muslim immigrants” and is based on interviews and Danish newspaper coverage that Yilmaz obtained over 17 years between 1984 and 2001. Through 2016, he updated his findings with new developments.

Rather than focusing on racial discrimination, the book sheds light on how immigrants arriving in Denmark as workers were characterized by their religion (calling them “Muslims”) as the result of political dialogue in the 1980s.

“The political discourse moved from talking about economic problems and the redistribution of wealth to the future of the nation in terms of culture.”

“The way that the media talked about immigration had enormous impact on the political conversation happening,” said Yilmaz, who spent 15 years working as a journalist in Denmark. “Immigration was a labor issue in the 1960s and 1970s. By the mid-1980s, it started to become a cultural issue, mostly because of far-right intervention.”

He points to the arrival of various refugee groups in Denmark during the 1980s and references today’s Syrian refugee crisis as a similar occurrence.

“The political discourse moved from talking about economic problems and the redistribution of wealth to the future of the nation in terms of culture,” said Yilmaz. “The whole conversation in the media started to revolve around the idea that if you allow alien cultures, especially Muslims, to come into the country, then we won’t have a Danish nation in 20 to 30 years.”

Yilmaz hopes that his book will allow readers to draw parallels between the evolution of Danish political discourse and how media in the United States discuss immigration and Islam in today’s political climate.