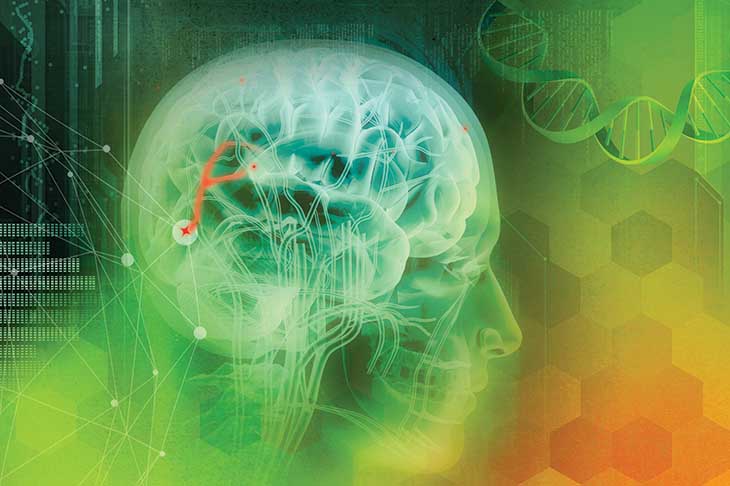 Through a grant from the National Institute on Aging Tulane researchers are studying the effects of estrogen on the hippocampus, an area of the brain important to memory making. (Illustration by Stephanie Dalton Cowan)

The Tulane University Neuroscience Program encompasses 43 faculty researchers in the School of Science and Engineering, the School of Medicine and the National Primate Research Center. As part of a Brain Initiative at Tulane, they collaborate as they never have before to unravel the brain's mysteries, of which there are many.

“We have over 400 people in the Tulane community who are involved in the neuroscience endeavors,” says Jill Daniel, professor of psychology and director of the Neuroscience Program at Tulane. The long-range goal is to create a Tulane Brain Institute.

SEX AND THE BRAIN
Daniel is a behavioral neuroscientist. For nearly two decades, she has studied the effects of sex on the brain  that is, whether an animal or human is male or female. Because, says Daniel, “whether you are male or female has a profound effect on every organ of the body, including the brain.”

"Whether you are male or female has a profound effect on every organ of the body, including the brain."

Jill Daniel, professor of psychology and director of the Tulane Neuroscience Program

Using rat models, Daniel has investigated the effects of hormones  estrogen, which is predominant in females, and androgens, most prevalent in males. Recently, she has looked at how androgens act in the brain to contribute to sex differences in impulsivity. And she"s found that, yes, as parents of boys can probably attest, young males exhibit more impulsive behavior than their estrogen-laden counterparts.

At the other end of the lifespan, Daniel has explored estrogen and its effect on memory in aging females when estrogen drops off precipitously after menopause.

Daniel has a National Institute on Aging grant to look at the effects of estrogen on the hippocampus. The long-term implication of her research is to figure out what is the optimum estrogen-replacement therapy for women in order to shore up memory functions.

She's not making clinical recommendations. She points out, “We're basic scientists.” But she can say that indications are that good things happen in the relationship between plentiful estrogen and memory activity in the brain.

This article is an excerpt of a feature titled "Brain Signals" that originally appeared in the June 2015 issue of Tulane magazine. Read Part 1 on Alzheimer's research and Part 2 on how stress affects the brain.