Brass is back with the return of festival season 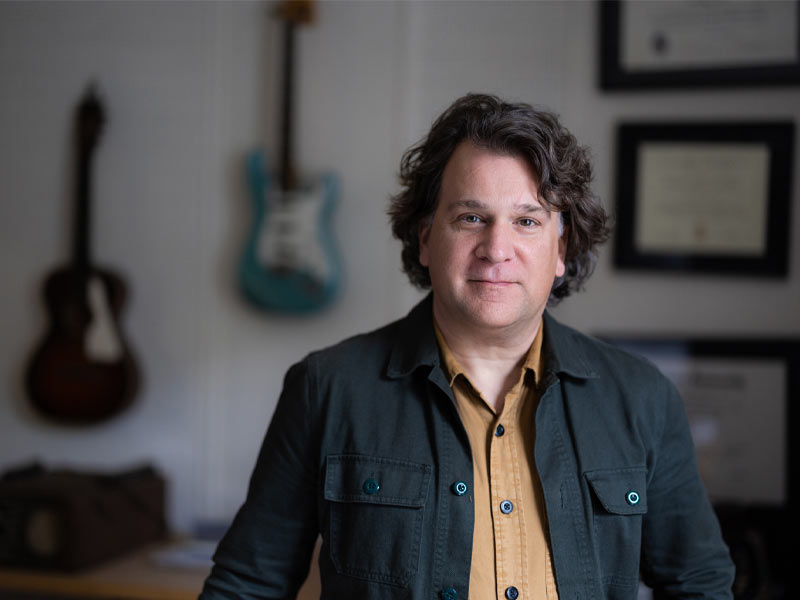 Matt Sakakeeny, School of Liberal Arts associate professor of music, is a conservatory-trained musician with a PhD in Ethnomusicology and studies the intersections of music, race and power. He recently discussed New Orleans brass bands on the Tulane University podcast 'On Good Authority.' (Photo by Rusty Costanza)

Festival season is in full swing in New Orleans and if you’re in the city, chances are you’ve caught some live music over the past few weeks. The pandemic and its related health precautions cancelled almost all concerts and festivals in the city over the past two years. The return of the city’s soundtrack, and specifically New Orleans brass bands, provides an opportunity to reflect on its impact on local culture and what makes our music so unique.

“There’s actually a phrase that people use to describe the uniqueness, which is called the New Orleans style. [The musicians] are playing a song, it has a melody, but they’re open within the kind of structures of that melody to add in something different every time. That’s what makes New Orleans really unique,” explains Matt Sakakeeny, Tulane School of Liberal Arts associate professor of music.

Sakakeeny is a conservatory-trained musician with a PhD in Ethnomusicology and studies the intersections of music, race and power. He initially planned to write his dissertation on New Orleans music and all the genres that influenced it, but he quickly realized the topic was too broad to fit into one research paper. Instead, he decided to focus on brass bands. “If I focused on the brass band, I could almost sort of gesture to all of the significance of New Orleans music through this one tradition, of not just the horns and the drums, but the neighborhood parades and the funeral tradition and the cultural economy of the city. The way the city relies upon musicians for the tourist trade.”

Sakakeeny recently discussed New Orleans brass bands on Tulane University’s podcast On Good Authority. His research touches on musical theory and expands to include questions about how music affects the fabric of the city and the importance of music education. When asked what the future holds for the next generation of New Orleans musicians, Sakakeeny references The Roots of Music, a nonprofit that provides academic tutoring and music mentoring for at-risk middle school students.

“It’s been really gratifying to work with the program through the Center for Public Service at Tulane and to have my Tulane students volunteer as academic tutors at Roots of Music. This band is a real contender. I mean, they’re 9 to 14-year-olds, but they’ll go up against even some of the high school bands,” he said.

While there is the talent and desire to enter into the musical tradition on the part of students, Sakekeeny stresses the importance of making sure the city’s musicians are able to thrive as the city changes and evolves. “Everybody loves New Orleans as a musical city and loves New Orleans music. Does the city love its musicians back?”

Sakakeeny highlights rising housing costs and changes in accessible music education as challenges that have the potential to affect the city’s musicians. “There’s some organizations like the Music and Culture Coalition that are working with the City Council to try to protect the livelihoods of musicians.”

In the meantime, Sakakeeny gives back by serving on the board of The Roots of Music and reflects on the next generation of New Orleans musicians: “Every time I walk into Roots of Music, I always walk out feeling so good about life and so hopeful about our future. Those kids and their teachers really give me life and make me proud to be a little part of it.”

To hear the full discussion, listen below or click here.