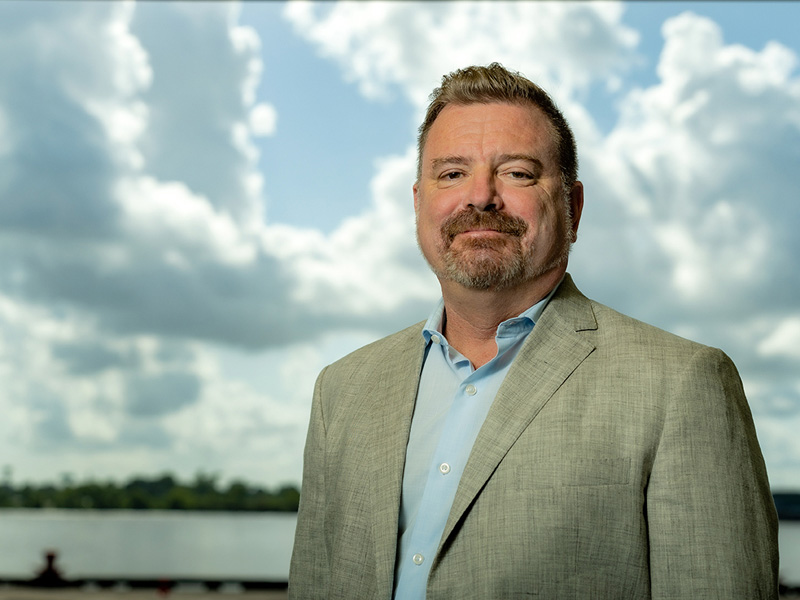 The news is full of stories detailing the negative impact humans have had on the environment and the potential peril of precious natural resources, such as water, that sustain life on this planet. But John Sabo, director of the Tulane ByWater Institute and professor in the Department of River-Coastal Science and Engineering at the School of Science and Engineering, is one of a new vanguard of scientists who are moving away from analyzing the problems to finding solutions to them.

“I’ve characterized this old kind of science as going to hell in a handbasket faster science. So, I started thinking about pivoting towards the future and really framing science in how to make the world a better place,” Sabo said.

Sabo has a 10-year history of working with big business — Coca-Cola, Intel, PepsiCo and Levi Strauss, to name a few — on sustainability and water stewardship. His newsletter, Audacious Water, began three years ago when he was at Arizona State University, where he also founded Future H2O-B, a private-sector benefit corporation partnering with Fortune 500 companies to transform the global future of water.

When Sabo came to Tulane last August, he immediately began expanding his communications efforts by adding a companion to his newsletter, the podcast Audacious Water. He also began writing a column for Forbes magazine, with the intention of reaching a much wider audience.

“It’s a fun column to write because you can color out of the lines a little bit more than you can in science, and it’s important to do that, because it makes people read it,” Sabo said. “When you start doing multidisciplinary work, you’re communicating to a wider audience that may not know your mission by heart. It’s a nice opportunity to refine the messages so they land in important places.”

And Sabo’s mission? He believes that it is possible to solve the planet’s water problems by using goal-oriented interventional science — what he calls “clinical trials for planetary health” — and what his key partner — the Army Corps of Engineers — calls “engineering with nature.” Clinical trials are Sabo’s call for using natural infrastructure to meet modern-day challenges (such as storing floodwaters in aquifers for use in times of drought). For Sabo, it is a question of being courageous, experimenting and collecting data on what works and what doesn’t. One of his goals is the creation of a national lab for the Mississippi River, which is the fourth-largest river in the world and a major pathway of commerce.

Sabo believes that scientists should work in conjunction with corporations to build a strategy and to finance the research needed to transform dysfunctional waterways into healthy ones, as well as addressing other pressing water issues.

“One company can’t fix the problem, but many companies acting simultaneously can raise substantial resources and also serve as a catalyst for other sorts of funding to get the job done at a bigger scale, whether that’s public money, philanthropic money or other sorts of money,” Sabo said. “It’s all part of the intervention-based approach.”

Inspired by the success of his Forbes column, Sabo plans on writing a book within the next 18 months, further exploring the idea of how we can engineer nature to solve the problems of the Mississippi River Basin.

“When you do public scholarship, it has to be motivated by a mission that’s bigger than just yourself,” he said. “For me, it’s about translating scholarship into lasting change for the world at a time when the world most needs solutions.”