Chuck Berry and the origins of ‘Tulane’ 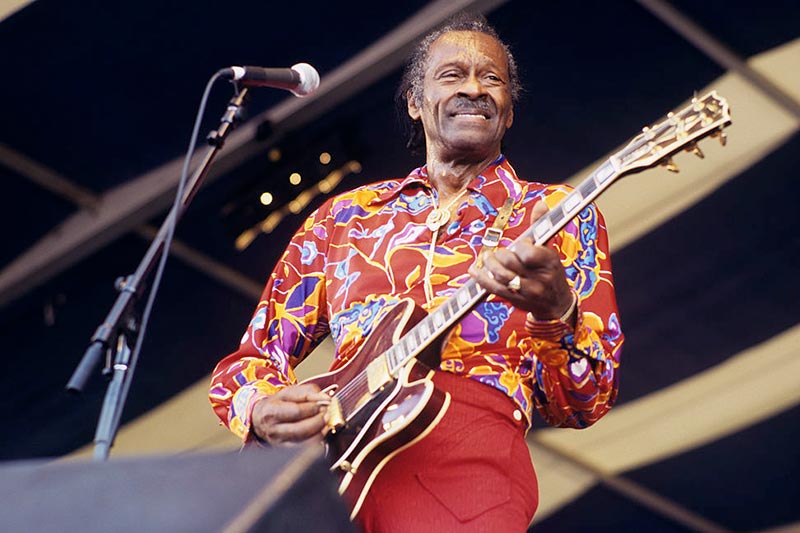 Berry performs on stage at the New Orleans Jazz and Heritage Festival in New Orleans on April 30, 1995. (Photo by Leon Morris/Redferns)

Rock ‘n’ roll pioneer Chuck Berry, who died Saturday at the age of 90, penned a string of hits that spanned the decades from the 1950s to the mid-’80s when generations X and Y were introduced to his music through the repopularization of his signature song “Johnny B. Goode” in the film Back to the Future.

Seasoned musical ears, however, may recall a lesser-known song by the name of “Tulane” that told a very different story than that of bright-eyed Goode, a country boy who lived “deep down in Louisiana close to New Orleans.”

Nick Spitzer, a professor of anthropology in Tulane’s School of Liberal Arts, interviewed the legendary rock ’n’ roller in 2003 as host and producer of American Routes where he got to ask the question: Who is Tulane?

Go Tulane, use all the speed you got. Go Tulane, you know you need a lot.

Chuck Berry, from the song "Tulane"

“I asked Chuck off-handedly about “Tulane,”  after we’d stopped rolling tape,” said Spitzer. “He mumbled something about a made-up name for a college girl.

Spitzer describes the song “Tulane” as a mysterious tale of a hustler named Johnny who gets arrested while his girl—Tulane—manages to escape police. “The character sounds like a young lady from a moneyed family who the protagonist is urging to get him out of jail,” Spitzer explained.

In “Have Mercy Judge” recorded during the same session as “Tulane,” Johnny Goode heads to jail and then to trial. In the lyrics, Goode laments to the judge that Tulane will be alone if he’s sent away. He also urges Tulane to be independent until his return.

Although “Tulane” is not considered one of Berry’s masterworks—nor is it referencing Tulane University—we can still sing along with our own interpretation: “Go ’head on Tulane.”