Activist with triple major is Class of 2019 student Commencement speaker 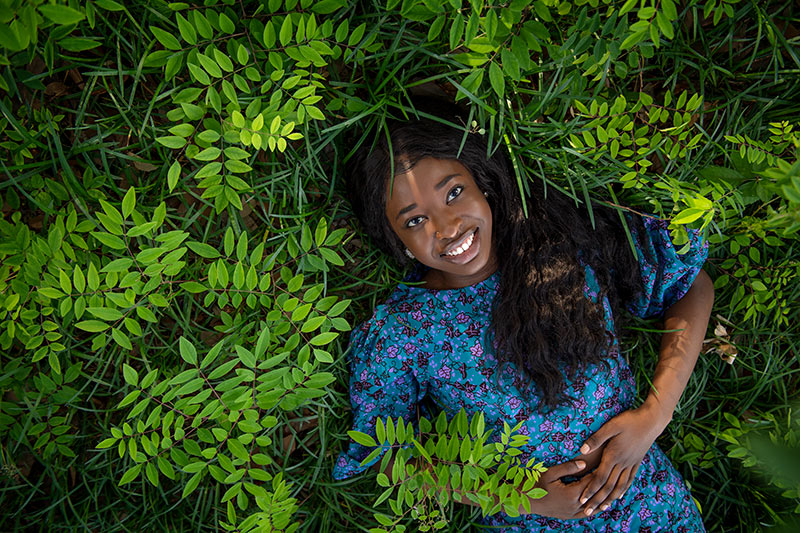 Abi Mbaye, pictured under the Newcomb oak trees, where she often goes to reflect, is Tulane’s Class of 2019 student Commencement speaker. She graduates with bachelor’s degrees in public health, English and Africana studies. (Photo by Paula Burch-Celentano)

For Abi Mbaye, Tulane’s reputation was only outdone by its campus. Mbaye, a native of New York City who grew up for a while in Senegal, thought the campus was so magnificent, it was an “unachievable” dream. She wanted to apply to Tulane but couldn’t work up the courage, first attending another university.

Eventually she did arrive at Tulane as a transfer student in her freshman year. On Saturday, when Mbaye receives bachelor’s degrees in public health, English and Africana studies, she will also serve as Tulane’s student speaker for the class of 2019, prompted by her years of working as a student activist and organizer.

What inspired her speech? “Being accountable to my community and the lessons from that that I’m taking with my activist work later on in life,” she said.

“I wanted to be active in making it the best place that it could be because it meant that much to me.”

Mbaye was drawn to Tulane because, she said, she was impressed by its preparation of students who intend to go to medical school. When Mbaye arrived on the Tulane campus, the university was experiencing a wave of activism related to diversity, inclusiveness and unity.

Mbaye said she thought, “I don’t think I can do much about what the situation is, but I cannot not do anything … I was here and this [was] where I wanted to be, and I wanted to be active in making it the best place that it could be because it meant that much to me.”

Since then she has championed these causes, devoting as much as 90 percent of her “free” time to advancing them by working with university administration and other students. She hopes her legacy is that Tulane continues to embrace diversity.

“The focus has not really been to change anybody’s mind; the focus has been to keep the doors that have been open for me opened, and opening more doors for people,” she said.

Mbaye says she benefited from faculty mentorship and from the relationships she developed from Tulane’s close community. She will continue to be part of Tulane as she finishes a master’s degree in English next academic year. Afterward, Mbaye hopes to attend medical school and become a physician.

Mbaye also received a 2019 Runsdorf Award from the Center for Public Service.