Connick Among Leaders to Get Honorary Degrees 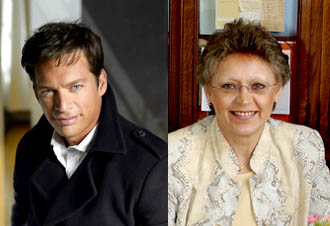 The commencement marks the departure of the university's “Katrina Class,” those students who were Tulane freshmen for only a few hours before they were forced to evacuate ahead of Hurricane Katrina, which made landfall Aug. 29, 2005, devastating the city of New Orleans and closing Tulane for an entire semester.

Tulane President Scott Cowen credits the return of more than 80 percent of the freshman class following the storm with saving the university, which sustained more than $650 million in damages.

Two of the honorary degree recipients have had a direct role in the city's recovery from Katrina. Connick, a native New Orleanian, has been a driving force in the recovery of New Orleans, initially navigating flooded streets by boat to help where he could, testifying on Capitol Hill about conditions in the city, dedicating record proceeds to hurricane relief and helping launch Musicians' Village, an effort to rebuild a community for New Orleans artists whose homes were destroyed by Katrina. Connick will receive an honorary Doctor of Humane Letters.

Rebuilding homes in Katrina's wake also is a top concern of McDonough, who also will receive an honorary Doctor of Humane Letters. A world-renowned architect and designer, McDonough is one of the partners, along with Brad Pitt, in the Make It Right Foundation, which is leading the redevelopment of the Lower Ninth Ward by building a neighborhood of safe and environmentally friendly homes. 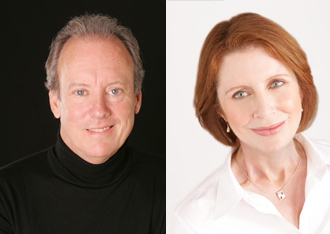 BarrÃ©-Sinoussi, who along with her research partner Luc Montagnier won the Nobel Prize in 2008 for the discovery of HIV, the virus that causes AIDS, will receive an honorary Doctor of Science. BarrÃ©-Sinoussi's discovery of HIV led to the development of methods to diagnose and treat infected patients and to screen blood products, which has substantially decreased the spread of AIDS and dramatically increased the life expectancy of AIDS patients.

Honorary degree recipient Gruman, founder, president and executive director of the Center for the Advancement of Health, is a survivor of Hodgkin's disease, cervical cancer, viral pericarditis (a potentially fatal infection of the heart's lining) and colon cancer. Gruman has dedicated her life to improving the health of others. Tulane will recognize her numerous contributions and personal triumphs with an honorary Doctor of Science.