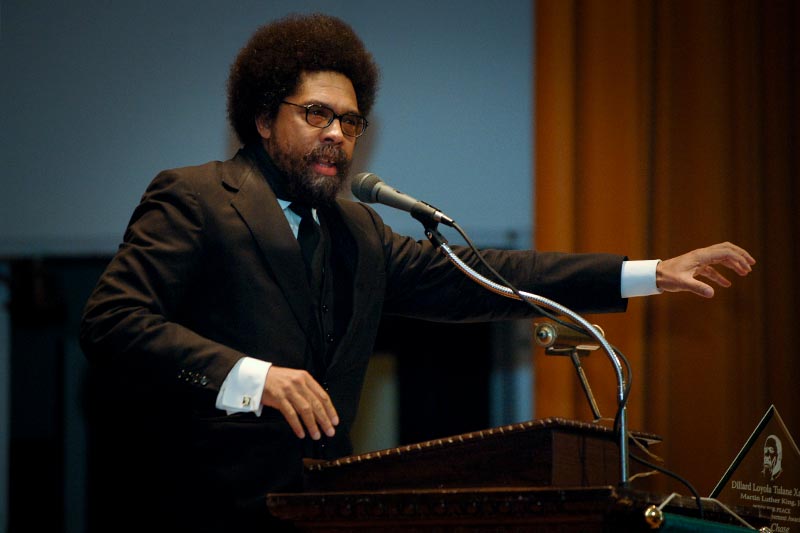 Cornel West addresses the Martin Luther King Jr. Week for Peace convocation at Tulane in 2007. He will speak again at the university this week on Friday, March 24. (Photo by Paula Burch-Celentano)

Cornel West, known for his provocative commentary on everything from race to politics, will be on the uptown campus of Tulane University on Friday, March 24, presenting a lecture “Race, Democracy and Justice.”

West is a professor of philosophy and Christian practice at Union Theological Seminary and professor emeritus of Princeton University. He has also taught at Yale, Harvard and the University of Paris.

West has authored more than 20 books and is best known for his classics, Race Matters and Democracy Matters, and for his memoir, Brother West: Living and Loving Out Loud. West is also a recurring guest on the “Bill Maher Show,” “Colbert Report,” CNN, C-Span and “Democracy Now!”

The lecture, presented by the Tulane Black Arts Fest and Tulane University Campus Programming, is free and open to the public. It begins at 7 p.m. in McAlister Auditorium. Seating will open at 6:15 p.m.

Like this article? Keep reading: Cornel West: A bold voice for MLK Week at Tulane