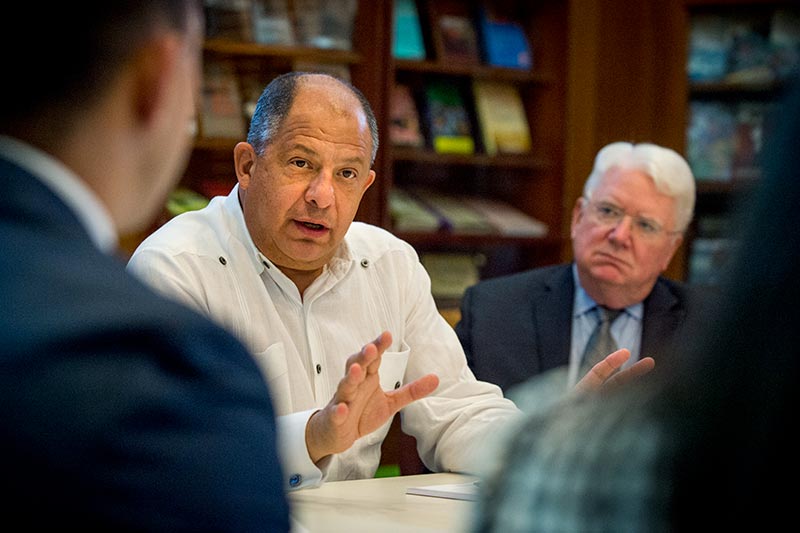 As part of his visit to the uptown campus Friday, March 31, Costa Rican President and Tulane University alumnus Luis Guillermo Solís, center, spoke to students about his journey from academics to public service. At right, is Tom Reese, executive director of the Stone Center for Latin American Studies. (Photo by Paula Burch-Celentano)

The President’s Medal is among the highest honors a Tulane president may bestow and is presented to individuals “who have distinguished themselves by their actions and who have contributed in some manner to the well-being of Tulane University or the city of New Orleans.”

The award was a surprise ending to a day spent visiting the Newcomb Art Museum, the Latin American Library and the Middle American Research Institute.

Before setting out to revisit the campus he’d walked as a student while obtaining his master’s degree in Latin American Studies in 1981, Solís met with small group of current graduate and undergraduate students who had lots of questions for the professor-turned-political leader.

“There are no politics without leadership so it’s important to know where those relationships are forged,” said Solís referencing the relationships he built while attending Tulane.

“Some people are clear on what they want to become—a doctor, a veterinarian, an engineer, or a president. That was not my case.”

Solis said he only had an “opinion on political matters” as a Tulane student. It was not until his interest was further nurtured that he would consider making politics a career.

Following his meeting with the students where the discussion largely centered around how his academic experience at Tulane prepared him for a career in public service, Solís met with a group of faculty members to engage in a conversation about the inter-American relations. 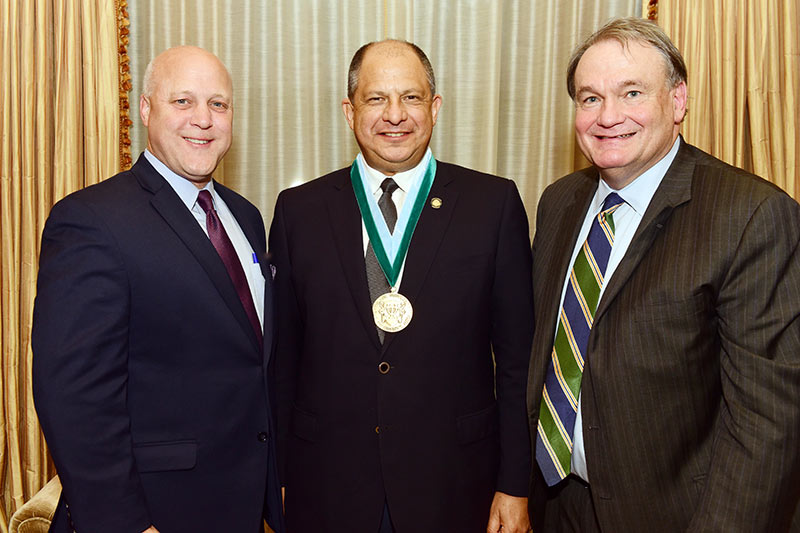