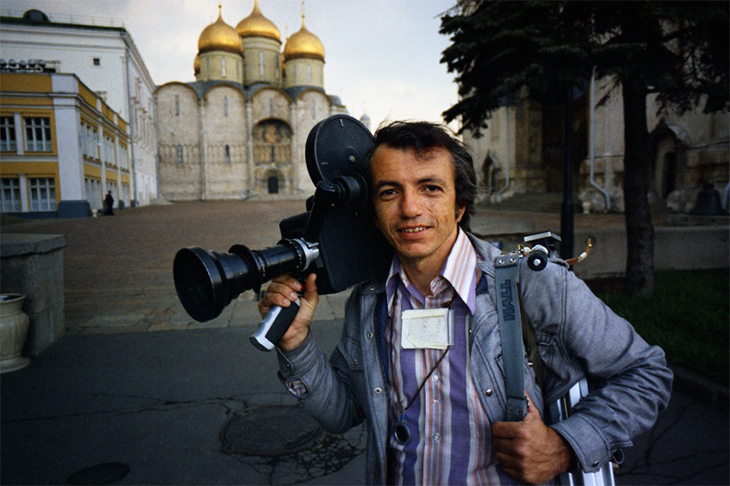 Photojournalist Del Hall visits Moscow in 1972 with a group from CBS News. Hall"s career, which started in New Orleans, is the subject of a new book by Tulane geographer Richard Campanella. (Photo from Richard Campanella)

Richard Campanella often writes about New Orleans based on his own analysis. In his latest book, The Photojournalism of Del Hall: New Orleans and Beyond, 1950s-2000s, Campanella looks through the lens of Del Hall, a pioneering TV cameraman and photographer who covered a wide range of historical events for WWL-TV and CBS News.

“Folks who know my work may sense that this book is a bit outside my main research track of historical geography,” says Campanella, a Tulane University School of Architecture geographer and senior professor of practice. “But Del Hall"s story is very much place-based  he was born in New Orleans in 1935 and raised in the Iberville Projects, and covered key moments in Louisiana history.”

Hall"s memories  told in third person are as intriguing as his photographs, even though he lived an average New Orleans youth. Struggling to find his niche, the young man pursued TV work because he liked photography.

“Del entered television news at a moment that, in retrospect, could be viewed as New Orleans"s municipal zenith,” Campanella writes in the second chapter, citing the peak population, blossoming suburbs and burgeoning oil-and-gas economy.

“For a kid from the projects, landing a TV news job, in this big city, at this halcyon time, was no picayune deal.”

Later Hall moved to Chicago, where he still lives, to work for CBS.

Even today, seeing big news stories of the past can jolt the viewer.

“When I was doing the interviews [with Hall] in Chicago in 2013, Del dug up unseen reels of 16-mm film. And there, for the first time in half a century, figures came to life before our eyes: civil rights protesters at the riots in Plaquemine in 1963; Lyndon Johnson at a Louisiana whistle-stop campaign; Canal Street during a nighttime Mardi Gras paradeâ¦. That was an amazing moment.”

The Photojournalism of Del Hall: New Orleans and Beyond, 1950s-2000s was released in October. It contains 140 black-and-white photographs and stills, many of them unpublished before now.

Once and future Katrinas: An alternative history
Once and Future Katrinas
French and American perspectives on Katrina
Irish Famine Commemoration this week
After Katrina, strength in a vibrant culture