Department of Economics awards 2020 Schloss Prize to professors of practice 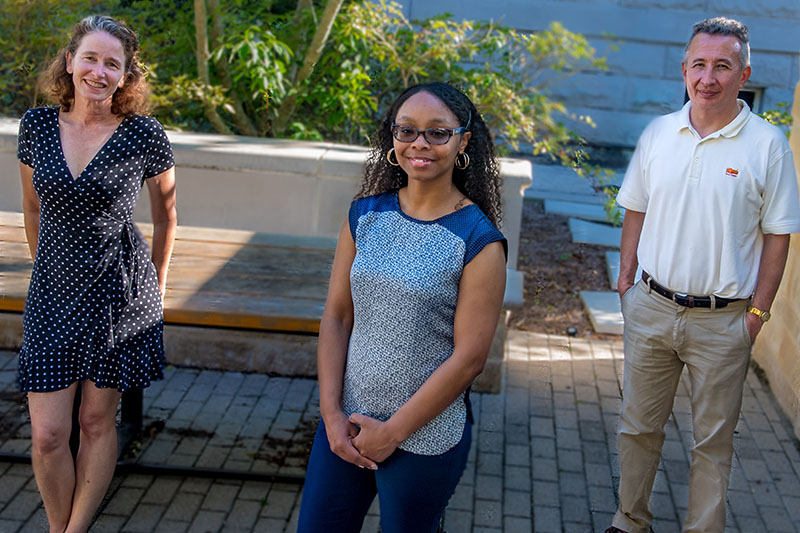 Each year, the Tulane Department of Economics awards the Lawrence M. v. D. Schloss Economics Prize to “the professor or student who makes the greatest contribution to the advancement of the study of economics at Tulane University.”

This year's Schloss Prize goes, collectively, to three outstanding professors of practice: Antonio Bojanic, LaPorchia Collins and Toni Weiss, who have always received very high marks from students, and have been critical in meeting constantly growing demand for economics courses. This year, along with teaching three courses every semester, they each exceeded their responsibilities.

Antonio Bojanic: In addition to receiving high marks in his Intro Macro, Intermediate Macro, and Money and Banking courses, Bojanic published two books on the Bolivian economy and a journal article (with Collins) in Empirical Economics. Bojanic also regularly teaches a hands-on-service learning experiences with a local nonprofit.

Toni Weiss: Beyond her usual teaching responsibilities (mostly in Intro Micro, Intermediate Micro, and Intro Macro), Weiss is the director of the Center for Engaged Learning and Teaching (CELT). This year, she also played a critical role in transitioning the department — and really the entire university — over to online teaching with the COVID-19 crisis. Online teaching was not something that many of Tulane faculty had any experience with, so Weiss carried out countless informative training sessions to make it all work — often fielding calls and emails, day and night.