Three WTUL disc jockeys are testing their record-playing endurance during 24-hour stints for D.J. weekend, beginning at noon today (Friday, March 13) in Pocket Park on the uptown campus. Each announcer will play 24 hours nonstop, while asking listeners to pledge their financial support for the student-run radio station. 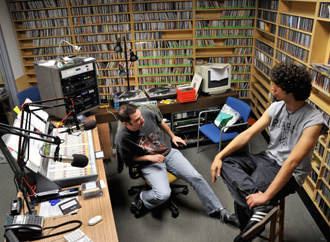 The 24-hour DJ Weekend is an annual event for the station, and this year it falls on the second week of the Rock on Survival Marathon, a three-week fund-raiser that began on March 6 and continues through March 23.

“We've had a lot of things happen during those 72 hours,” says WTUL co-marathon director Adam Beebe, about previous years' 24-hour DJ Weekends. “There is no telling what the D.J.'s will do to attract listeners and encourage donations. We've even had a D.J. get a tattoo during his broadcast.” Tulane alumnus Phil Rollins is the other co-marathon director.

The 24-hour DJ Weekend is one of several events scheduled for the remainder of the Rock on Survival Marathon, the station's annual fund-raiser from which it obtains the majority of its funding for the year.

“We're having a big celebration this year because it's the 50th anniversary of the station and the 37th annual D.J. weekend,” says Beebe. “The fund-raising events encompass three weekends and the two full weeks in between.”

The original Rock on Survival Marathon fund-raiser consisted only of the D.J. weekend, says Beebe, but was expanded in later years to include band performances around the city. Proceeds from performance admissions also benefit the station. 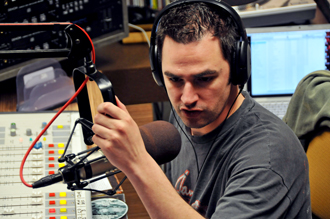 “We will accept donations of any amount but we are really hoping for a base pledge of $50 because it's the 50th anniversary,” says Beebe. “Donations can be made by calling the station, attending a concert or through the website. Pledge forms will also be available at Pocket Park during the D.J. weekend.”

With a tax-deductible contribution of $25, donors receive the annual WTUL Songs From the Basement compilation CD and a WTUL sticker and button; $50 adds a WTUL collectible keychain, deluxe bottle opener and a WTUL T-shirt; $100 adds a vintage WTUL T-shirt; and $150 or more adds a 50th anniversary WTUL coffee-table book to the package. Corporate level packages of $500 or more also are available.

Depending on the amount pledged, donors can "become the DJ" by selecting music to be played on-air.

This week, concerts are scheduled for Saturday, Sunday, Monday, Wednesday and Friday. The fund-raiser culminates on Sunday (March 22) with the 4th annual hootenanny  a concert performance featuring Eilen Jewel with The Rev. Peyton's Big Damn Band. Donation forms along with the times and locations of these events can be found on the station's website. Donations also may be made by calling 504-865-5887.

WTUL is an all-volunteer, progressive radio station that plays the music of independent and local artists from a variety of genres. It can be heard locally on 91.5 FM and by webcast at www.wtulneworleans.com.