Doctoral student named to national board of STEM group 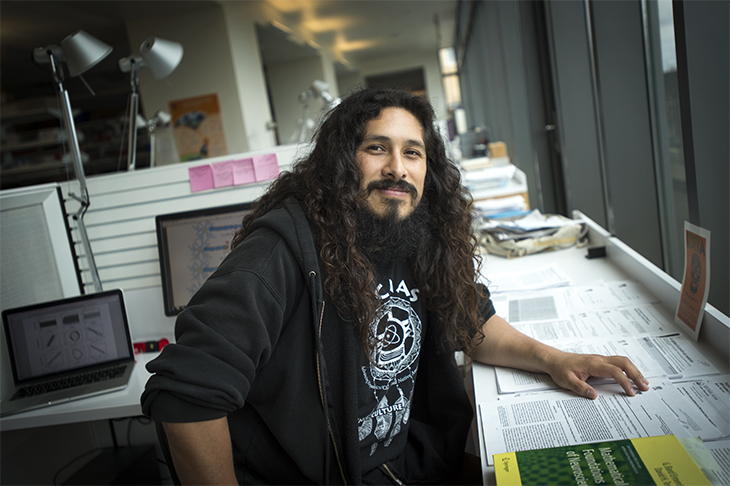 Doctoral student Asis Lopez, who is in the bioinnovation program, is a new board member of the Society for Advancement of Chicanos/Hispanics and Native Americans in Science, a group that promotes diversity in STEM fields. (Photo by Paula Burch-Celentano)

The Society for Advancement of Chicanos/Hispanics and Native Americans in Science(SACNAS) announces the election of Asis Lopez, a Tulane doctoral student, to its board of directors.

SACNAS is a national organization that promotes diversity in STEM fields, especially for Chicano, Hispanic and Native American students and professionals.

Lopez is part of the Tulane IGERT Interdisciplinary Bioinnovation PhD program, where he studies how ultrasound can regenerate neurons. He is a longtime SACNAS member, was a SACNAS program manager and hopes to establish a Tulane SACNAS Student Chapter.

“SACNAS works on trying to break the barrier, by changing the face of science.”

SACNAS allows two graduate students to serve on the board. Lopez thought, “ ‘That’s my chance. That’s my moment to give back to the society and make bigger changes in science.’ ”

Lopez arrived in New Orleans from California, where he earned a BS in bioengineering from University of California – Santa Cruz. It was not a clear path: At his high school, he and other Chicano and Latino students often saw military recruiters and rarely saw representatives from four-year colleges, as though joining the military was the likely or the only career choice he might make. Nonetheless, after graduation, he worked as a researcher at University of California — San Francisco and Santa Cruz, until he chose to pursue a PhD at Tulane, which included a stint with the FDA.

Lopez says his career goals might include regulatory research, joining a neuroregeneration research center or creating a company while at Tulane.

Although SACNAS encourages members to earn advanced degrees, Lopez says its programs are also geared toward leadership development at all levels, community outreach, and academic and professional advancement.

“SACNAS works on trying to break the barrier, by changing the face of science,” he says. “They help [people] at all levels such as postdocs or professors get a new position such as an assistant dean or emerging policy leader — [and instill the belief] that they could do anything, that is not just, ‘You can only follow this traditional track.’ ”