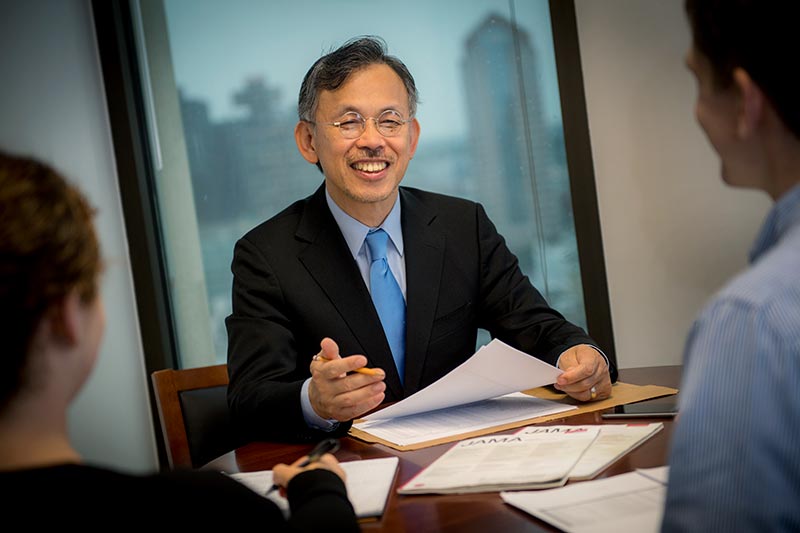 Dr. Jiang He, the Joseph S. Copes Chair of Epidemiology and Professor in the Tulane University School of Public Health and Tropical Medicine, will receive the Oliver Fund Award for Excellence in Faculty Mentoring at Commencement 2017. (Photo by Paula Burch-Celentano)

In recognition of his unwavering commitment to improving and advancing the careers of junior faculty members, Dr. Jiang He of the Tulane School of Public Health and Tropical Medicine will be awarded the 2017 Oliver Fund Award for Excellence in Faculty Mentoring at Commencement 2017.

Dr. He, the Joseph S. Copes Chair of Epidemiology and Professor in the Department of Epidemiology, is the third recipient of the award, which includes a $5,000 prize.

Dr. He’s career at Tulane spans 20 years. He was strongly recommended for the award by members of his department. In addition, letters of support to the selection committee crystallized the impact that Dr. He has had on those he has mentored over the years. Supporters of the nomination paid tribute to his “leadership, experience and commitment to developing promising junior investigators into successful independent researchers.”

One testimonial to his mentorship described Dr. He as “providing exemplary research and career guidance, accepting no less than the best from his mentees and leading by example.”

Dr. He recently was awarded a five-year, $11.4 million contract to lead the Tulane Center of Biomedical Research Excellence for Clinical and Translational Research in Cardiometabolic Diseases.

While serving as an outstanding mentor to numerous Tulane faculty members, Dr. He has published nearly 400 peer-reviewed manuscripts and served as the principal or co-investigator on 40 National Institutes of Health and American Heart Association grants.