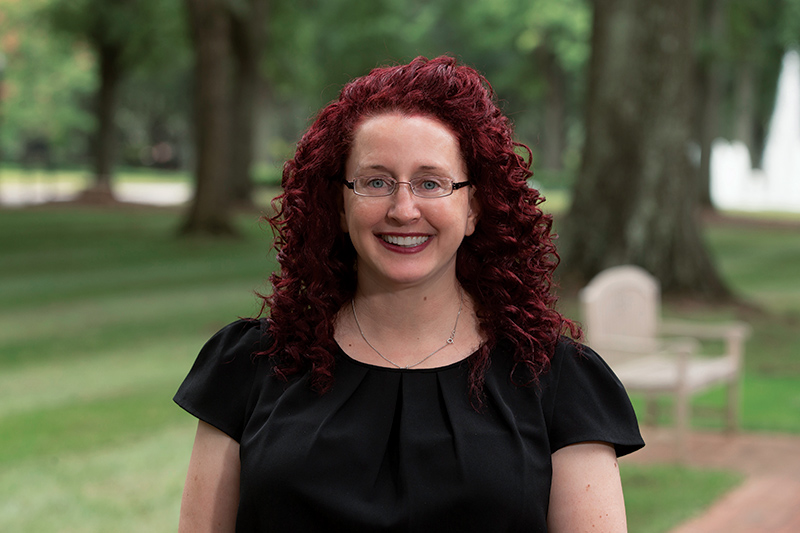 ‘Consumptive Chic: A History of Beauty, Fashion, and Disease’ by 2010 School of Liberal Arts graduate Carolyn Day chronicles curious connections between tuberculosis and women’s fashion during the late 18th and early 19th centuries in Europe. (Photo provided by Carolyn Day)

Scholar Carolyn Day knows that some British fashion trends sported during the late 18th and early 19th centuries were to die for.

While researching her PhD dissertation at Tulane, Day delved into the tuberculosis epidemic that ravaged Europe during this period and how the British romanticized the disease from 1780 to 1850.

The 2010 School of Liberal Arts graduate’s first book, Consumptive Chic: A History of Beauty, Fashion, and Disease, chronicles the disease’s curious connections to women’s fashion, complete with fullcolor fashion plates, medical images and garment photographs. It was released on Oct. 5 by Bloomsbury Academic.

“Back then, beauty was actually seen as a marker of hereditary predisposition for the disease.”

Day, currently an associate professor at Furman University in South Carolina, where she teaches courses in British history and the history of medicine, initially came across the inspiration for her work while studying for her master’s degree at Cambridge University.

“While I was at Cambridge, I was reading a lot of background information on the history of medicine. I kept stumbling across references to tuberculosis as being an ‘easy and beautiful way to die,’ which struck me as odd,” she said.

Intrigued, she investigated the infectious disease’s peculiar impact on perceptions of beauty during the late 18th and early 19th centuries.

“Back then, beauty was actually seen as a marker of hereditary predisposition for the disease,” said Day, noting that this was due to consumption-enhancing qualities that were already established as attractive in women: emaciated frames, sparkling eyes, pale skin marbled by veins and rosy cheeks.

“It also made your clavicles quite prominent. They believed it would make your shoulder blades pop up—giving the appearance of a bird about to take flight,” she said.

The period’s neoclassical women’s fashion also began to highlight or in some cases emulate symptoms of the disease.

“Dresses began to drop very low in the back to show off that winged appearance,” said Day.

By the 1840s, dresses were being constructed in a manner that physically forced healthy women’s bodies into consumptive body positioning. Makeup practices were also influenced by the tubercular look, as ladies recreated pale faces, rosy cheeks and even painted-on veins to appear more delicate.