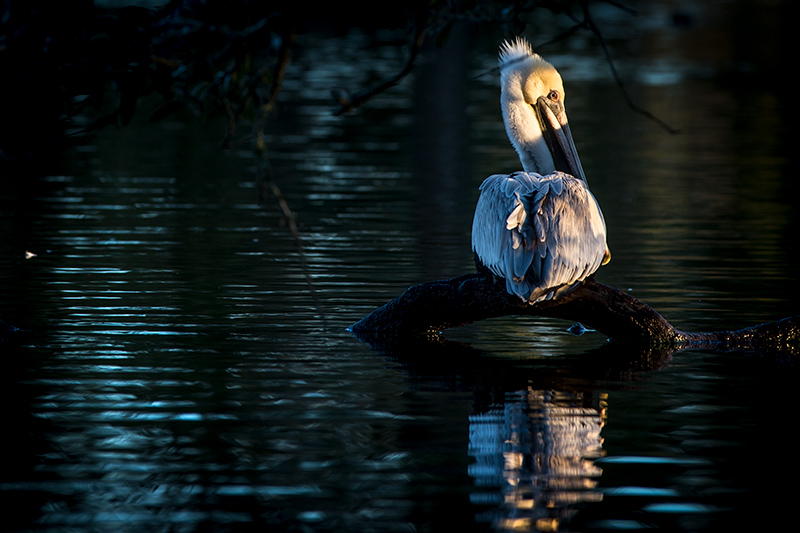 A brown pelican basks in morning sunlight as it rests near the edge of a City Park lagoon in New Orleans. In 1970, brown pelicans were listed as endangered by the U.S. Fish and Wildlife Service due to exposure to pesticides which threatened their survival in the southeastern United States and California. A recovery proposal was introduced in 1983, and by 2009 the bird was removed from the Endangered Species List as its population has steadily increased.