Ebola diagnosis is a call to action for graduate student 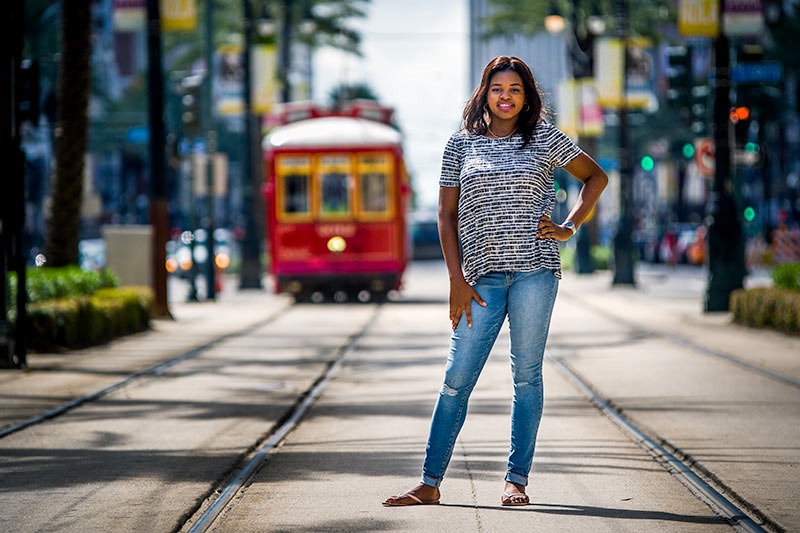 Dr. Adaora Okoli survived Ebola. Now she is studying at the Tulane School of Public Health and Tropical Medicine. (Photo by Ryan Rivet)

After Dr. Adaora Okoli survived the deadly Ebola virus, she enrolled at Tulane School of Public Health and Tropical Medicine to learn more about epidemiology and outbreak control, especially in developing countries. She plans to use her medical degree in combination with a master's degree in public health to help prevent future outbreaks in West Africa.

In July 2014 Okoli contracted Ebola from a patient she treated in Lagos, Nigeria. The patient, in town for a conference, had undiagnosed Ebola. By then, the humanitarian group Doctors Without Borders had already issued a statement saying that West African countries desperately needed international help to contain the disease.

The patient died after a few days.

“I’m interested in outbreak control because I was a victim of something that should have been handled.”

“That was the beginning of madness” among the hospital staff, she said. “The tension, the anxiety, the fear — everyone asking themselves and asking others, just how much contact did they have with this person?”

Eventually she was sent to an isolation center. The building appeared abandoned — except for the rats. The toilets wouldn’t flush. There was no treatment or drugs to help them — only bottles of oral rehydrating solution for stemming vomiting and diarrhea.

Okoli relied on her personal faith for strength and remained confident that she would survive. “No matter what I did, I had to take the fluids. My life depended on it,” she said. After 14 days, Okoli was declared Ebola-free.

After she recovered, she later traveled to New Orleans for a global health conference, where she met Tulane faculty who encouraged her to apply to the School of Public Health. She began taking classes this summer.

Okoli says that when she returns to Lagos, she will be armed with better information to prevent and control future outbreaks.

“I want to give back. When an outbreak comes to developing countries, the people suffer … the masses take the fall. I’m interested in outbreak control because I was a victim of something that should have been handled,” she said.