Now that tax day has come and gone, the federal government will start sending out checks as part of the $168 billion Economic Stimulus Plan approved by Congress in early February. The idea is to give average Americans a little extra spending money, and they will do just that  spend it, according to a consumer-behavior expert at Tulane. 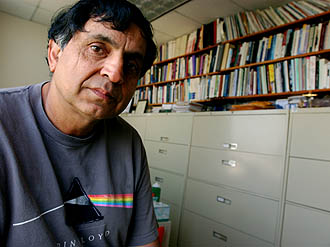 But the plan begs the question: how will taxpayers spend the money and will it do anything to nudge the economy away from a recession?

Harish Sujan says he believes most people will spend it, but frivolously, and the impact on the economy will be negligible. Sujan is a professor of consumer behavior and marketing at the A. B. Freeman School of Business.

“Chances are they will spend it somewhat recklessly,” Sujan says. “It is similar to when people win the lottery, they don't seem to better their lives in the long term. It's meaningless in the sense of developing the economy.”

Starting in May, the U.S. Treasury will begin sending the payments of several hundred dollars or more to 130 million households. Critics of the plan claim it is a diversionary tactic steeped in politics, and Sujan agrees.

“The idea is people will see the cash in front of them and feel that life is not quite so bad. It is like showing someone a funny movie when they are deathly ill. You feel good for a little while, but it's never really been considered as a way to solve the problem.”

This sentiment is being echoed in financial circles as well. The stimulus money has not even arrived, and already people are criticizing the move, which may lead to higher inflation and an even greater tax burden in the future.

Business Wire, the news component of Warren Buffet's Berkshire Hathaway company, reports that 99 percent of lenders believe that the Economic Stimulus Package will have moderate to little impact on the U.S. economy over the next 12 months.

Sujan agrees the tax rebates will infuse money into the economy, in the short term, but that it is not going to be enough to balance the huge losses from the financial sector.

According to Sujan, the problem with the stimulus plan stems from the fact that we are a consumer culture as opposed to an investment culture, with a tendency to make choices that supply short-term gratification.

“If the money were put into railroads so people used less gasoline, that would be substantial,” Sujan says. “That is not a consumption that disappears, it's growth.”

He also pointed to investing the money into the rebuilding of New Orleans as an example of how to stimulate growth by creating new jobs.

“Investing $168 billion into New Orleans is a wholly different thing. I don't think the stimulus plan is going to grow the economy to the point there will be more jobs, which would have a lasting effect.”