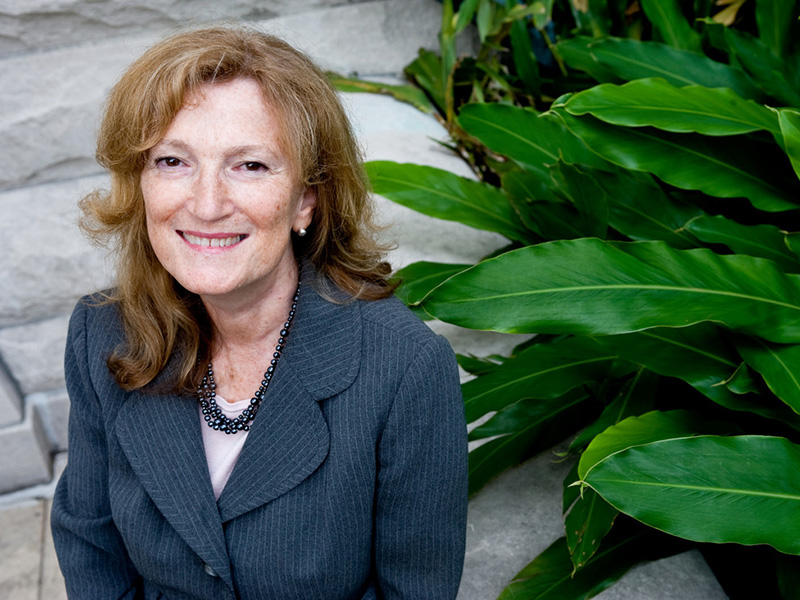 Nora Lustig, the Samuel Z. Stone Professor of Latin American Economics and director of the Commitment to Equity Institute at Tulane University, took action to minimize economic and social impacts of COVID-19 to countries in Latin America. (Photo by Paula Burch-Celentano)

When COVID-19 began to threaten not only the health of people worldwide but the economic prospects of entire countries and regions, Nora Lustig, the Samuel Z. Stone Professor of Latin American Economics and director of the Commitment to Equity Institute at Tulane University, took action to minimize economic and social impacts of the disease to countries in Latin America.

A member of the School of Liberal Arts’ economics faculty since 2009, as well as the Stone Center for Latin American Studies, and a frequent collaborator with groups such as the World Bank, the IMF and the Inter-American Development Bank, Lustig studies inequality and poverty in Latin America. Her collaborative COVID-19 work, including many publications and a letter to the G20, guides governments as they attempt to manage their response to the fallout of the pandemic.

Lustig said she realized early on that fast action would be necessary to stem the impact on lives and livelihoods — the effects of businesses being shut down, thousands of people being unable to work or out of work, demand for goods outweighing available supply.

“It’s critical to immediately assess the potential adverse consequences [of COVID-19] on especially the poor and vulnerable and formulate policy responses in real time.”

“Having experienced firsthand and studied crises over my lifetime, I always think it’s critical to immediately assess the potential adverse consequences on especially the poor and vulnerable and formulate policy responses in real time. To be effective, these assessments need to be a collective exercise with the participation of economists that know the countries well,” she said. “I had created brainstorming networks during the Asian crisis in the 1990s and the global financial crisis in 2009 with palpable useful results for, in particular, the IMF and the World Bank.”

With this in mind, she organized networks of Latin American economists and researchers to examine countries’ COVID-19 situation and policy responses, including one group that resulted in a partnership with the United Nations Development Program that focused on “social protection measures” — actionable items for governments, individuals and NGOs to support countries’ populations.

“I became very focused on not just the short-term impact, but also on the medium and longer–term impacts like crises tend to have, because they affect nutrition, education, etc., so people in the next generation could be permanently worse off,” she said. “This intergenerational fallout must be contained as much as possible. Otherwise, inequality and polarization will become even more pervasive and lasting.”

The goals of this work are to help governments minimize the impact of COVID-19 on the economies as a whole; implement policies that protect employment; and protect poor and vulnerable populations within those countries.

Tulane students benefit from this research as well. Lustig’s classes Inequality and Poverty in Latin America and Economics of Poverty, featured professors, researchers and economists from her networks to discuss the measures that governments are taking from the people who helped put them into practice. She plans to do the same in her classes next academic year.

The COVID-19 recommendations are reaching the right levels of government in many cases, as her networks include former and current policymakers, many of whom directly advise governments.

“Our recommendations are relevant not just for today,” Lustig said. “We have to be prepared for this not to be a one-off.”