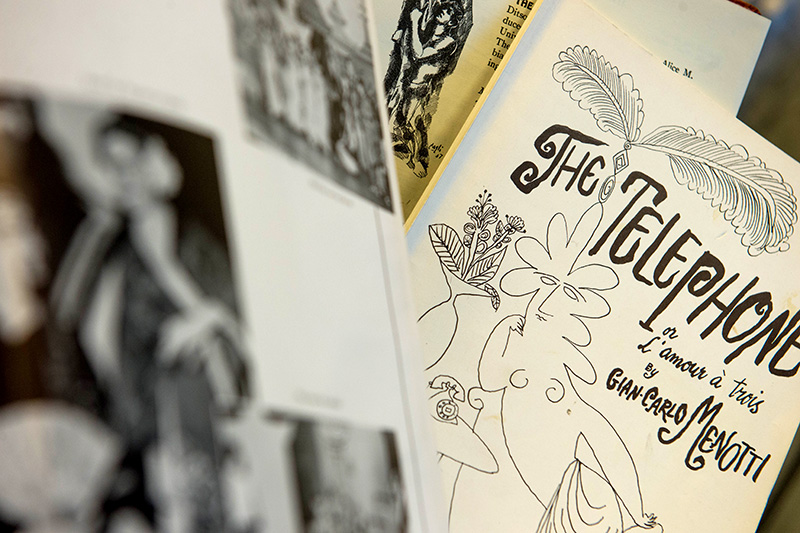 A new exhibit in the Howard-Tilton Memorial Library tells the story of Tulane’s Opera Workshop, a recently resurrected course that trained students in opera from 1952 to 1985.

After seeing a poster for “The Old Maid and the Thief,” an opera-comedy performed on campus in March, and having heard of Tulane’s history with opera, Lisa Hooper, head of the library’s media services and curator of the exhibit set out to learn more.

Hooper said the exhibit supports efforts to continue the university’s tradition of opera training and performances. On display are a variety of music scores, playbills, photographs and newspaper clippings.

“The exhibit rediscovers a lost piece of Tulane history.”

The exhibit describes its creation under Cardon V. Burnham, Jr. and how it developed over time under Dr. Charles Hamm and Francis “Frank” Monachino.

“It rediscovers a lost piece of Tulane history,” Hooper said. “A lot of people didn't understand just how important opera had been at Tulane.”

The physical exhibit of “Tulane Opera Worshop: 1952- 1985” is located on the sixth floor of the library and a more extensive online version of the exhibit can be viewed online