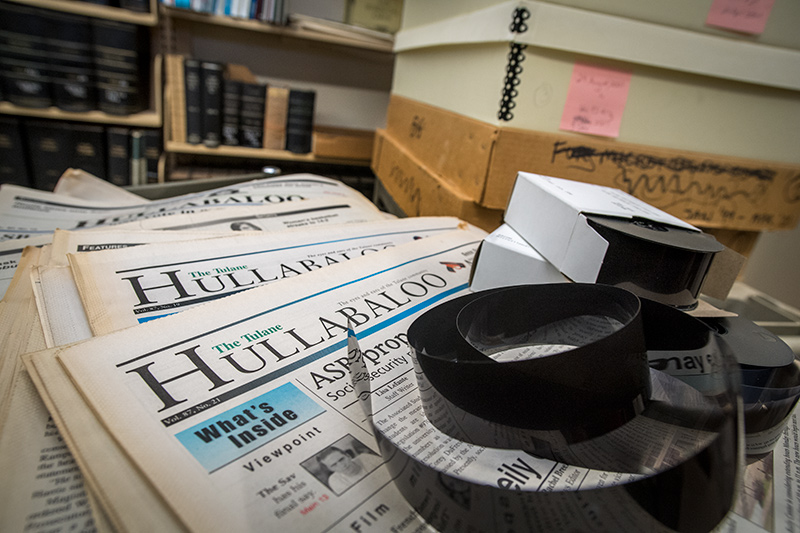 Hard copies of the Tulane Hullabaloo are archived in Jones Hall on the uptown campus. All editions will be available in November through Howard-Tilton’s Digital Library. (Photo by Paula Burch-Celentano)

The digitization of 124 years of student-produced newspapers at Tulane University is currently underway thanks to a Tulanian who attended the university for just a semester at the end of World War II.

James E. Bie arrived at Tulane in July 1945 on an athletic scholarship. That December, he chose to join the Army shortly after his 18th birthday.

“They were still drafting nearly every guy who turned 18, and service time for draftees was undetermined,” recalled Bie. “Enlistment time could be 18 months.”

“Digitization will allow everyone, everywhere, searchable access to 124 years of Tulane history.”

After his military service, Bie studied at the University of Wisconsin, where he graduated with a journalism degree in 1950, hence his affinity for student publications.

Through his donation of $15,000 to University Archives, the process of digitizing all editions of College Spirit, Olive and Blue, Tulane Weekly and the Hullabaloo began this week.

“Digitization will allow everyone, everywhere, searchable access to 124 years of Tulane history,” said university archivist Ann Case. “By the end of the project” — likely November — “the complete run of the newspaper will be available without restriction through Howard-Tilton’s Digital Library.”

Case first met Bie via an email request for images of his late Tulane roommate Harry Levonian and quickly grew fond of Bie and his memories of the university.

He shared stories of nights spent in his then-un-air-conditioned athletic residence hall. Case would then walk over, snap a picture of the building, Alcee Fortier Hall, and reply with an attached photo: “The building is still here, but now it’s air conditioned and has classrooms and offices.”

Two months after Bie initially asked Case for help, he emailed her with the subject line, “Could you use a cuplabucks?” marking the start of a new era for the student papers.

“You’re not going to be able to construct a new building or anything like that,” he wrote in the email to Case. “But I would like to make a contribution in appreciation of my athletic scholarship and the warm memories I have of Tulane and New Orleans.”

Case suggested using the donation to tie his love for journalism to his love for Tulane. Together, they determined that digitizing the student papers was the perfect idea. 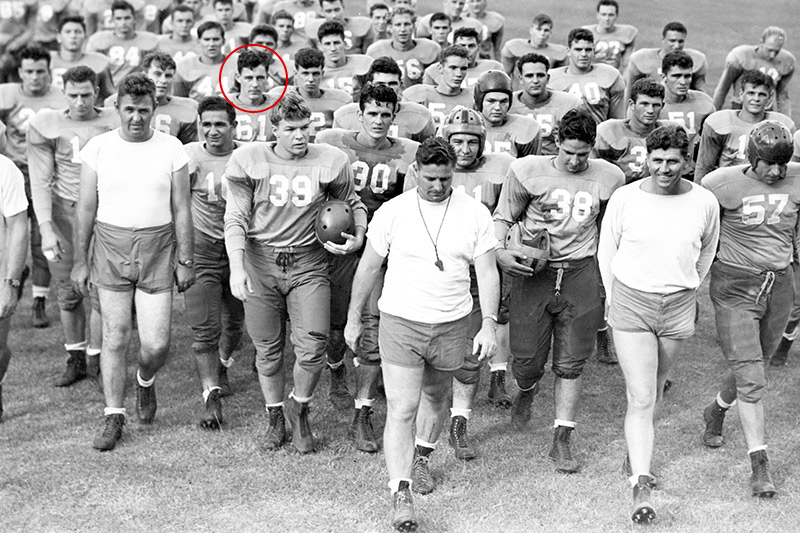 A 17-year-old James Bie marches along with the Tulane football team in 1945. (Photo from James Bie)