Fork in the road: Brian Burns 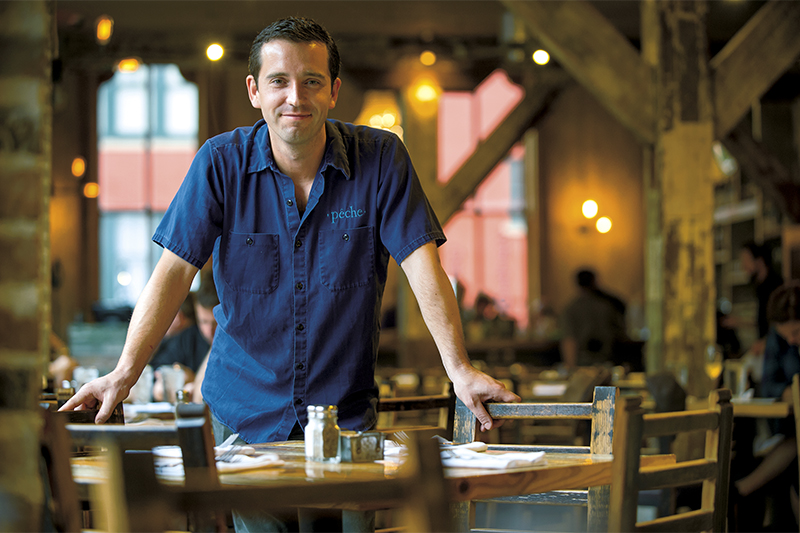 This is the final installment of a four-part series that profiles millennial Tulane alumni in New Orleans’ restaurant industry. Today’s installment: Brian Burns (B ’06).

After growing up in Darien, Illinois, and his first year of college at DePaul University in Chicago, Brian Burns transferred to Tulane, where his brother Daniel Burns (B ’02, ’03) attended, for a change of pace. Heading for a career in information technology, he worked in restaurants in New Orleans during the summers, and the culinary arts got under his skin.

“I think Tulane had a large role in my ability to function in a management role at a pretty large restaurant.”


During his junior year, Burns decided to enter culinary school after graduation. When he was a senior at Tulane, he worked for a year at Herbsaint, a contemporary French-American bistro that was the first restaurant of prominent New Orleans chef Donald Link.

Burns enrolled in the L’école Supérieure de Cuisine Française in Paris without knowing any French. The eight-month program was a hands-on cooking experience that involved elaborate dinners and eight- to 14-hour days.

“I used to do everything by the cookbook; I would study recipes, and if I didn’t have an ingredient like fresh thyme, I would go right back to the store to get it,” Burns says. “And that doesn’t guarantee great results.”

Instead, he learned to go to the grocery store or market, select the freshest ingredients in season that appeal to him and concoct a meal.

“You pick your ingredients, then you go through your cooking techniques in your mind, like a Rolodex—I can roast it, I can fry it, I can peel it, I can blanch it, I can eat it raw.”

Fine restaurants follow that recipe for success, he adds. “You bring in produce that looks great, that you know the provenance of, the people that grew it, and you don’t really have a plan for it at the time. You look at it and think about the ways that you can manipulate it. Usually you fire off a couple of misses before you figure out what you want to serve.”

In spring 2013, Burns was executive sous-chef as part of the opening team at the 170-seat Pêche Seafood Grill in the Warehouse District of downtown New Orleans. The latest offering from the Link Restaurant Group received a James Beard Foundation Award for “Best New Restaurant” in 2014.

Now, as chef de cuisine at Pêche, Burns is responsible for devising each day’s menu card. The Link Group’s forager sends out a list of the produce that is available from about a dozen farms, and Burns orders the ingredients. The eight-person Pêche kitchen staff prepares several plates of each new dish, tasting and giving feedback.

“I’d be hard-pressed to put my finger on a specific class to say ‘this helped me,’ but I think Tulane had a large role in my ability to function in a management role at a pretty large restaurant,” says Burns, who majored in business.

From time to time, Burns dreams of one day opening a restaurant, but he says the hard part is “figuring out the concept and what exactly New Orleans needs, and what my skill set can bring to that equation.” He can’t imagine his dream restaurant anywhere else.