Fourth-generation Tulanian was (almost) all business on campus 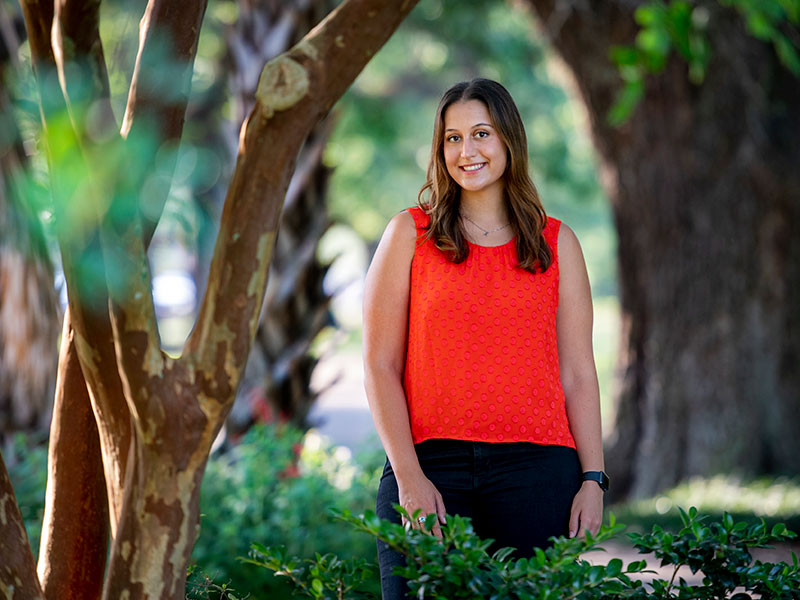 Allie Pear, whose great-grandfather, grandmother and mother preceded her at Tulane, charted her own path on campus. She graduates this year with a bachelor’s degree in management and a master’s degree in accounting from A. B. Freeman School of Business. (Photo by Paula Burch-Celentano)

Tulane University was a family tradition for finance major Allie Pear, who studied at the A. B. Freeman School of Business. Now, after only four years, Pear is graduating with a bachelor’s degree in management and a master’s degree in accounting, and many memories of an active campus life.

Pear was preceded at Tulane by her great-grandfather, grandmother and mother, making her a fourth-generation Tulanian. But the campus experience seemed wide open when she arrived.

“I just wanted to be as involved as possible and get to meet as many people as I could,” she said. “I’ve tried to be … open-minded about joining different programs, putting myself out there. Also, not being afraid to try something, regardless if it didn’t work out the first time.”

Besides finishing a four-plus-one program in only four years, Pear joined a business fraternity, held leadership positions within her sorority, served as vice president for administration for the Panhellenic Council, and worked with different programs around campus, including Tulane Hillel and the Green Wave Ambassadors.

Pear said Tulane instilled confidence in her and gave her the ability to pursue big dreams. And the university’s welcoming atmosphere was a comfortable place to learn.

“If I have an issue, no one will judge me for making a mistake or asking a question. I can be myself, and I can be authentic and real.”

Especially during COVID-19, Pear credited professors like Timothy West, who not only were dedicated to their fields, but who also cared about the well-being of their students during the stressful pandemic. It was because of West, she said, that she pursued the accounting degree.

Pear added that her college life allowed her to connect with a wide range of people and personalities. “I still like to go and study on campus,” she said. “Getting that college feel of being surrounded by other like-minded individuals who want to work hard to succeed, but have a positive attitude, and know that it’s OK to have fun at some point, too.”

Tulane radiates “the culture, that feeling that people are happy to be here, excited to be here.”

After Commencement, Pear will continue studying for her CPA exam and will move to New York City for a structured finance position with Ernst and Young.

The Scottsdale, Arizona, native looks forward to the change in climate. “I had to get my first coat,” she said.