Geologist enjoys life on the rocks 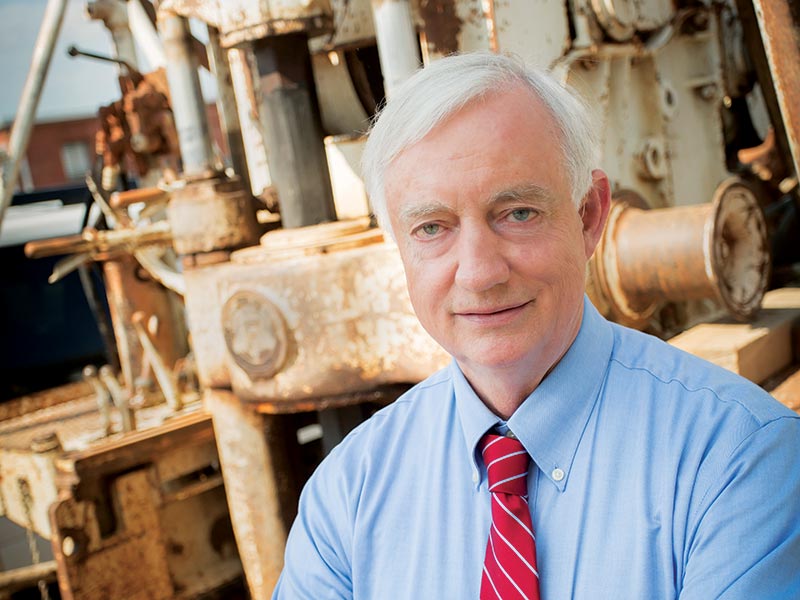 Photographs taken of David T. Dockery III at 5 years old picking up stray rocks and collecting them in a bucket could have predicted his career as an acclaimed geologist.

Dockery filled his childhood days exploring his Jackson, Mississippi, neighborhood with kids from his community.

“We started looking at fossils and trying to identify our stuff. It was like traveling into deep time, when there used to be a beach with shells on it at Jackson,” he said.

It was during those formative years that Dockery made the bargain of a lifetime. While out collecting specimens, he bought a unique-looking shell for 50 cents from a friend who had found it while digging in a state park.

Decades later, Dockery would identify that fossilized seashell as a new species, naming it Transovula producta in his 1977 book Mollusca of the Moodys Branch Formation, Mississippi. He wrote the book while working as a summer intern for the Mississippi Geological Survey.

Dockery, who earned his doctorate from Tulane in paleontology, served as Mississippi Department of Environmental Quality’s director of the Surface Geology Division until June 2017, when he was selected to head the Office of Geology. He is now the state geologist.

Michael Bograd, who previously held the position, encouraged Dockery to compose an encyclopedic work on Mississippi’s local geology during their time working together.

“Well, he didn’t count on it being that big,” said Dockery, noting that the 8-pound book was the largest work ever published by University Press of Mississippi.

Written over 12 years as time permitted, The Geology of Mississippi was co-authored with David E. Thompson and released in April 2016.

Featuring over a thousand images and site-specific surface geologic maps, the mammoth text displays how the state’s geologic formations act as earthen fingerprints, providing clues that help scientists understand global events, like the extinction of dinosaurs.

Editor's note: This article appeared first in the September issue of Tulane magazine.