Controversy over the decision to demolish several public housing complexes in a post-storm market lacking in affordable housing, along with the city's history of racially segregated public housing, has created a thorny debate that has yet to produce a fair housing policy, says Stacy Seicshnaydre, an associate professor of law and director of Tulane Law School's Civil Litigation Clinic. 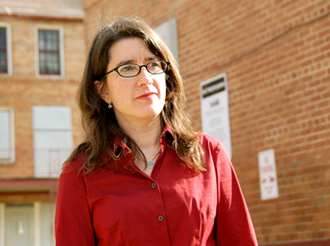 Through her research and writing, Stacy Seicshnaydre, an associate professor at the Tulane University Law School, hopes to find a common ground in addressing housing issues in New Orleans. (Photos by Sally Asher)

Post-Katrina planning has resulted in what Seicshnaydre calls "two false choices" to deal with the need for affordable housing: Either keep public housing the way it was before the storm, i.e. segregated, or redevelop it by removing blight and attracting market-rate tenants, which will reduce the number of affordable apartments.

"The proposals to redevelop public housing have focused far too heavily on 'blight removal' and removing low-income people from poor neighborhoods, and far too little on overcoming the zoning and other barriers that have helped create and perpetuate segregated housing conditions in the first place," says Seicshnaydre.

Efforts to desegregate public housing through legislation in the late 1940s were met with threats to eliminate the program altogether, she says. In order to "save" public housing, advocates opted to accept it in its segregated form.

Seicshnaydre, who served as first executive director of the Greater New Orleans Fair Housing Action Center and on the board of directors of the National Fair Housing Alliance, offers several recommendations for crafting a fair public housing redevelopment policy. 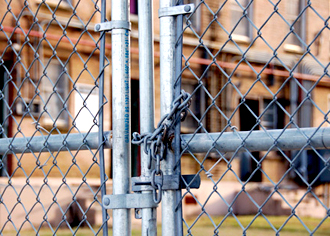 Behind locked gates is the vacant B.W. Cooper public housing complex in New Orleans, which has been mostly demolished. The city council recently approved plans for redeveloping the site with 410 apartments, two-thirds of which will have rents subsidized for low-income residents.

Seicshnaydre expounds on these recommendations in an essay entitled "The More Things Change, The More They Stay the Same: In Search of a Just Public Housing Policy Post-Katrina," that was published in the Tulane Law Review, 81 Tul. L. Rev. 1263 (2007), and was excerpted in an issue of the September-October 2007 issue of Poverty and Race, the journal of the Poverty &amp; Race Research Action Council.

This summer, Seicshnaydre will continue her research by examining the varied restrictions and bans on the development of affordable housing that have emerged regionally while the demolition of public housing in New Orleans has moved forward.

"The discussion about how to meet our rather obvious need for affordable housing must take place on a regional level," says Seicshnaydre. "There is much we can learn from other communities about 'fair share' approaches that ensure that our regional need for fair and affordable housing is met, without having that housing concentrated in any one place."