Graduate on her way to Harvard Divinity 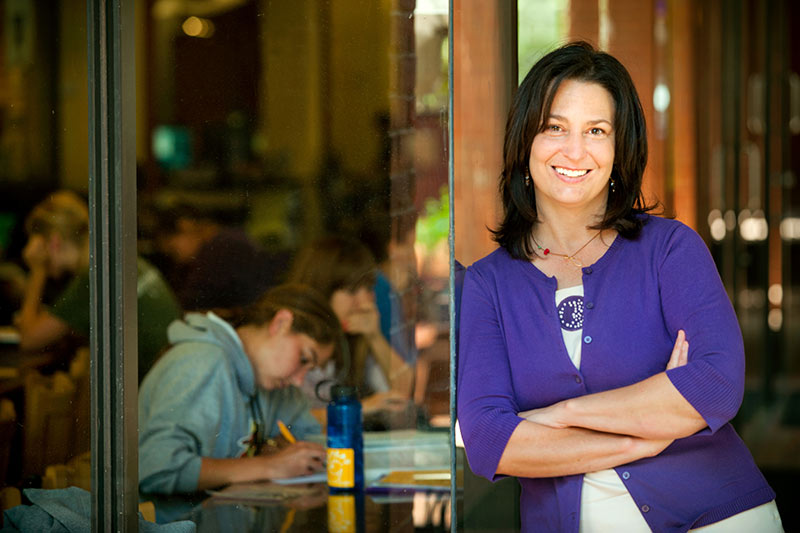 Jane Wolfe, a history and religious studies double major, is moving to Cambridge, Mass., to enter Harvard Divinity School in the fall. She will graduate from the School of Liberal Arts on Saturday (May 19). (Photo by Paula Burch-Celentano)

Jane Wolfe is on a journey she never expected. The Newcomb-Tulane College student will graduate on Saturday (May 19) with a double major in religious studies and history. And she's heading to Harvard Divinity School in the fall to pursue a master's degree in theological studies.

“I believe in a higher power that designs each person's life for a reason,” says Wolfe. While students of religious studies, even those at Harvard Divinity, may not believe in God, Wolfe says her faith is stronger today than ever. The 47-year-old grandmother of two, who married at age 15 and with her husband owned and operated 10 Wagner's Meat grocery stores for 25 years in inner city New Orleans, says, “My life has been designed by God to be at this position because there is no other explanation for it.”

In four years and one semester, Wolfe completed all her coursework for a Bachelor of Arts degree. She has a 3.521 grade point average. With the first course she enrolled in American Government  it was “love at first lecture,” she says. “It was like a tsunami of information coming to me.”

She read every word of every assignment. “And when you read every word, you get your money's worth,” she says. “What I tell people is that it's a wonderful mind massage here every day.”

Hurricane Katrina was a defining moment for Wolfe. All the Wagner's Meat stores flooded. Before the storm, Wolfe was all about business. But, “Katrina allowed me to understand that life sometimes gives you a second chance.”

Wolfe's husband, Scott, her “best friend and biggest supporter,” will be moving with her to Cambridge, Mass. Harvard was the only school she considered in leaving her native New Orleans. She will return to the Crescent City after she completes her theological studies.