Graduate shares her passion for dance 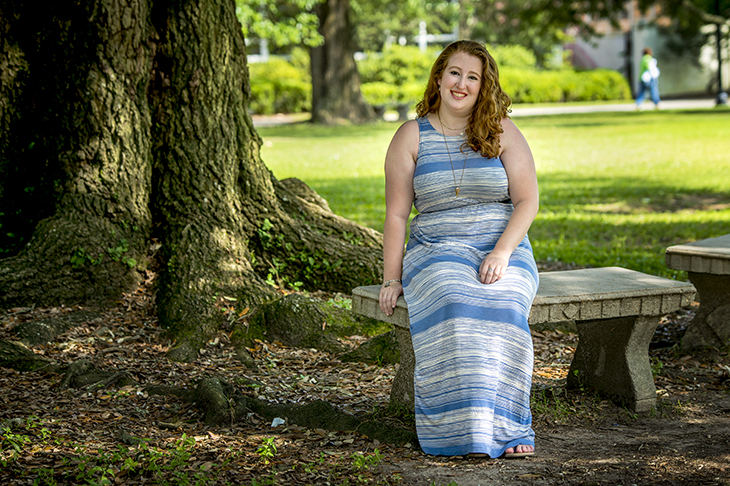 Johanna Kester has been working her dream job, or some variation of it, since her second year at Tulane University. Kester, who will be graduating with the class of 2015, teaches dance to children with special needs at the PRISM Project of Greater New Orleans.

The PRISM Project is a performing arts program that teaches children both with and without special needs in a supportive environment.

&#x201c;A lot of these kids can&#39;t really communicate what they are feeling, but when it comes to music or dance or theater, they take on this other character.&#x201d;&mdash;Johanna Kester, class of 2015

“Without a doubt, it has made my Tulane experience what it is,” says Kester.

Watching the progress of students in the PRISM Project motivated Kester to continue with the program for three years.

“A lot of these kids can"t really communicate what they are feeling,” she says. “But when it comes to music or dance or theater, they take on this other character.”

Kester, who has been teaching dance since high school, is interested in more than just the teaching aspect of the project. Having majored in psychology with a minor in social innovation and social entrepreneurship, Kester"s main focus is program development and research.

She envisions creating and implementing programs in the future that will make classrooms better suited to individuals with special needs and that will foster interaction within schools between children with and without special needs.

Kester also brought a part of this vision to the Tulane community by co-founding the organization Tulane United for Autism when she was a first-year student. The organization"s goal is to improve the lives of those with autism spectrum disorder through advocacy, awareness, fundraising and volunteering.

In January, Kester received the Martin Luther King Community Service Award for all of her work with these organizations.

In the future, she plans to pursue a doctorate in psychology.

The 2015 Commencement ceremony will be streamed live online. Follow us on social media at #tulane15.

Samah Ahmed is a first-year student at Tulane University majoring in public health and political science.