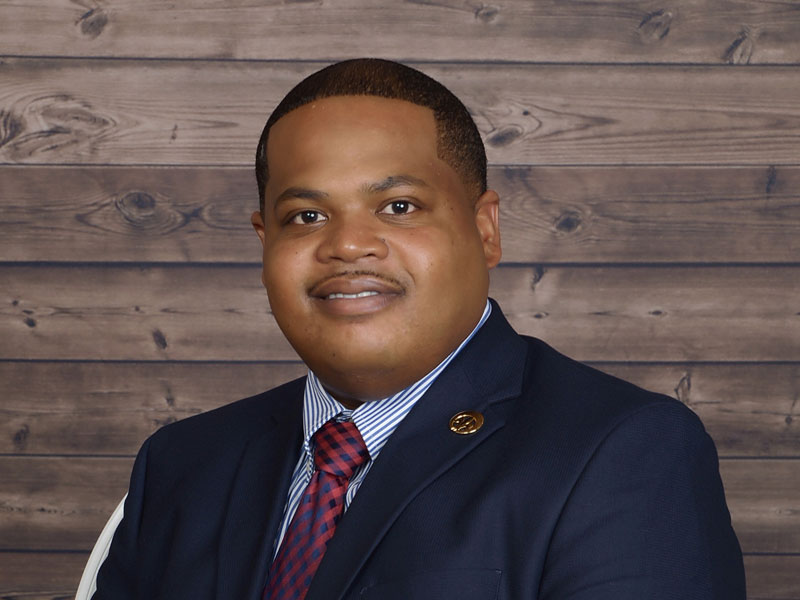 Michael Antoine, a SoPA graduate and deputy director of the city’s Office of Homeland Security and Emergency Preparedness

Michael Antoine is passionate about helping others, and he has been doing just that for more than 18 years as part of the public safety team for the city of New Orleans.

But never did he imagine having a year like this one. Sandwiched between Mardi Gras and the June 1 start of hurricane season – two of the busiest, most hectic times of year – was the ongoing COVID-19 pandemic, which hit New Orleans especially hard.

“We didn’t even get a chance to catch our breath after the Mardi Gras season,” said Antoine, deputy director of the New Orleans Office of Homeland Security and Emergency Preparedness.

All the while, Antoine, the father of two, was finishing coursework for his master’s degree in  Homeland Security Studies, a program of the Tulane School of Professional Advancement. He earned that degree at the virtual TUgether ceremony May 15 and was recognized by Tulane President Michael Fitts as a Helper under Tulane’s Heroes & Helpers program.

“College gives you the ability to figure things out,”  said Antoine, who also holds a bachelor’s degree  from Tulane in Homeland Security Studies and Health & Wellness.  “I’ve been in public safety for more than 18 years. I’ve been at the forefront of numerous catastrophic disasters – hurricanes, floods, the Hard Rock Hotel collapse, the cyberattack on the city of New Orleans government – but I had never experienced COVID.

“This was something new, but my Tulane education gave me the mindset to figure it out. There’s always some part of an incident response where I can connect it to something from school that helps me be successful in mitigating that incident.”

As the city of New Orleans begins the process of reopening, the COVID-19 pandemic remains a top priority for Antoine and his team. His office is involved in all aspects of crisis coordination, from information sharing to mitigation strategies. At the peak of the crisis, his team worked to clear streets, acquire PPE (personal protection equipment) and coordinate activities with hospitals, police and other first responders.

“It took us a while to get enough PPE to sustain our operations,” Antoine said. “We had some police officers who fell victim to COVID, and it was imperative that we acquire a good amount of PPE to protect the people who were responding on the front lines every day.”

He said he is proud of his team but is equally impressed by the city’s doctors, nurses and other first responders.

“The courage and dedication I have witnessed from our health care workers and first responders in the City of New Orleans gives me hope and confidence that we will not only get through this, but we will get through anything that comes our way.”

Antoine said he was honored to be recognized by Fitts at the TUgether ceremony but doesn’t do what he does to be singled out. Having started his career  as a firefighter at 19 years of age and worked his way up through such positions as homeland security liaison and fire captain, he is motivated by his love for the city and its residents, not to mention his own children and generations to follow.

“There is a long-lived myth that there are no opportunities for African American males born and raised in New Orleans,” he said. “It has driven me to be an example of just how untrue that it is.”