|
Photo by Leon Trice from the Louisiana Research Collection newwave@tulane.edu
Print to PDF 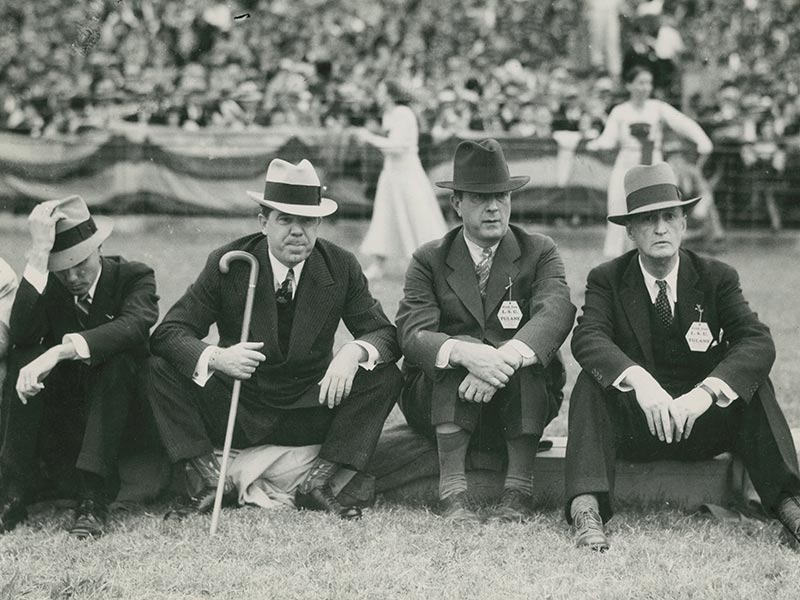 Huey P. Long, second from left, former governor of and senator for Louisiana sits on the sidelines of a Tulane-LSU football game. Although the photo is undated, the reactions of The Kingfish and his entourage suggest that this could have been the 1934 tilt between the Green Wave and the Tigers when Tulane’s Claude “Little Monk” Simons took a lateral on a fourth-quarter punt and ran it back 45 yards for a 13-12 Wave victory. Long was known to have been in attendance for the game, and legend has it he growled as Simons crossed the goal line.